So Many Things, commissioned piece 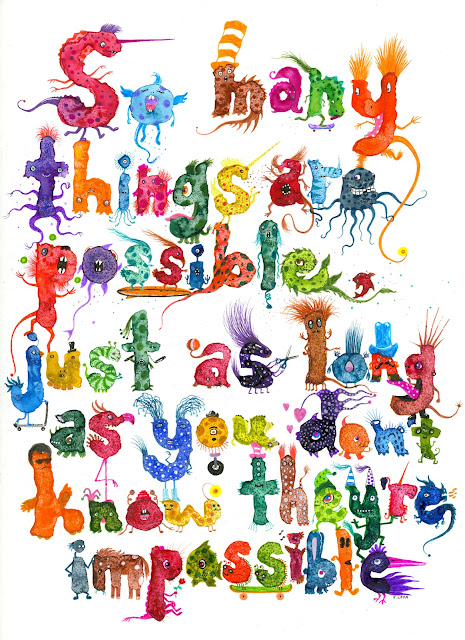 This is the first of two commissioned Splotch Monster works, made for a friend and colleague who, along with her husband, are into books and "The Phantom Tollbooth", which is where this one is quoted from. While I initially moan and groan about having to do commissioned pieces sometimes, I am also grateful that people like my art enough to pay me for it, and these projects occasionally push me in new directions. This one in particular took far longer than I had expected, but I got a great deal of joy simply getting lost in imagination while working on each and every little character letter. Now it's on to the second one, which is a lot easier, thankfully!