the sea shaman, and the bird watchers (final versions) 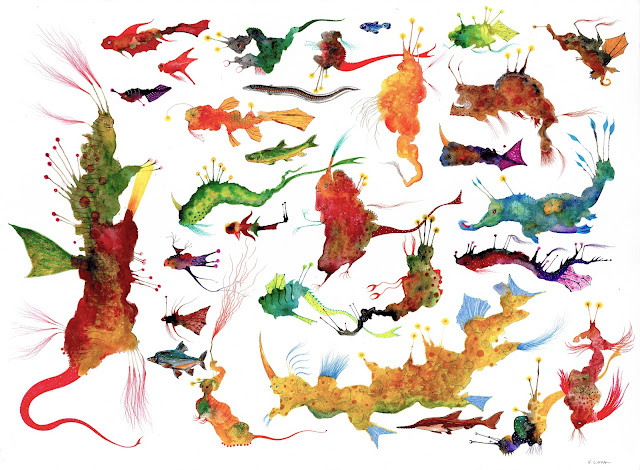 I finally got both The Sea Shaman, and The Bird Watchers scanned professionally, so I thought I'd post some low-res versions here at the blog. On Tuesday I'll be at the Takoma Park Community Center installing my Endangered Kingdom meets Splotch Monster Island series, to be shown in its entirety, together, in public, for the first time. One of the reasons I've been behind on posting my daily Splotch Monsters is because setting up for the show has consumed a good chunk of my free time. That said, expect the daily series to resume next week. In the meantime, as a reminder, the Endangered Kingdom meets Splotch Monster Island works will be among the work of several other extraordinary local artists, as part of the Animals Altered group show. The reception will take place on Thursday, July 12, from 7 - 8:30pm at the Takoma Park Community Center. Hope you can make it! 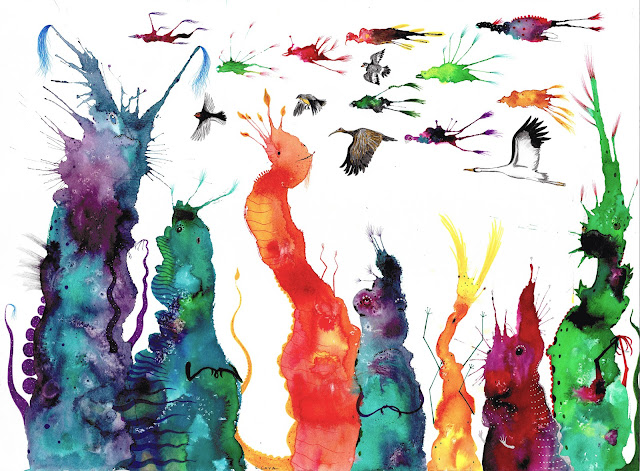