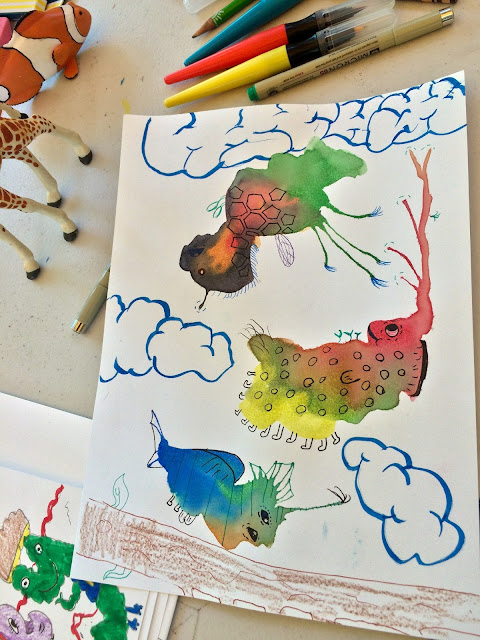 Yesterday I finished teaching a five-day-long creative cartooning camp at the Powhatan School in Boyce, Virginia. It's hard to believe my first week there has already come and gone, and after a nice week-long break, we'll start up once again for another week at this wonderful school. Last Spring I held a cartooning workshop at Powhatan, along with local artists Paul Zdepski and Robin Ha, and this summer, the school wanted to know if anyone was interested in doing a cartooning camp. So, here I am, having fun on this new endeavor, introducing the kids to a variety of approaches to cartoon and comic-making. The first group I worked with was a great little crew of eleven kids ranging from first-through-fourth grade. Each day I would introduce a couple of new lessons, focusing on different techniques and approaches to creating characters, story-lines, and generating ideas. Of course, one of the things I had to introduce to my group was the making of Splotch Monster characters. Since we are holding our class in a nice big, carpeted, naturally-lit music classroom, painting with watercolors wasn't really an option. That was fine though, since I had made a bunch of paint splotches on paper for the kids to work on ahead of time. The focus was on adding faces, facial expressions, physical characteristics, and some kind of scene, setting and scenario. Some of the kids really ran with it, including Sydney, a third-grader (above pic) and Reagan, a fourth-grader (below pic), the latter student's work shown in sequence, from its early stages, to the final results. Impressive stuff! 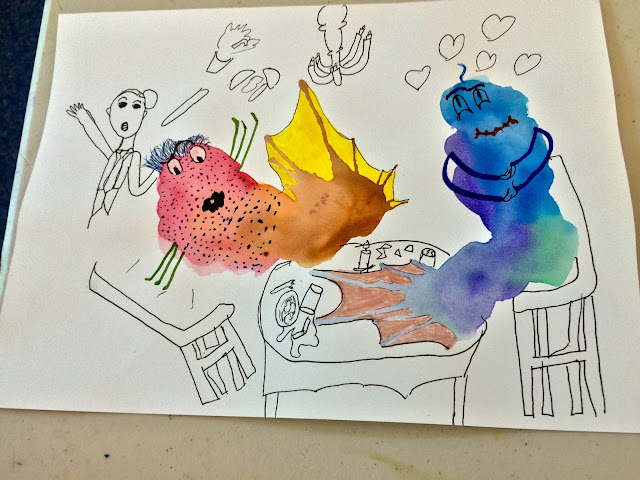 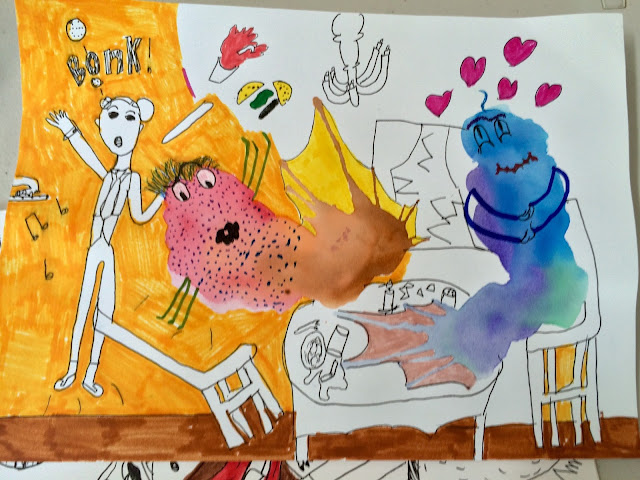 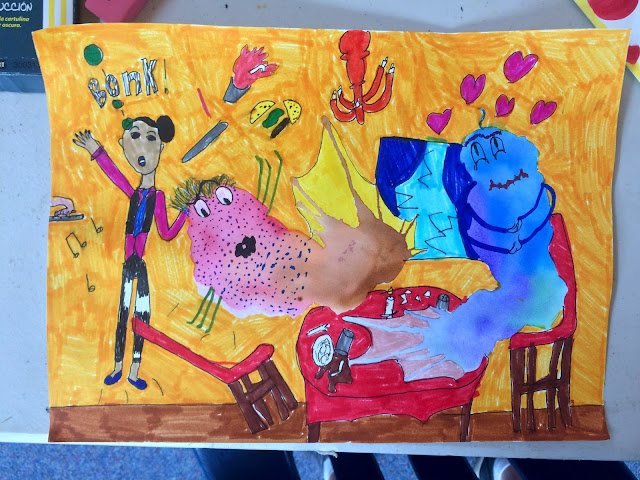 Our Counselor In Training, Ewan, who is in eighth grade, had a ball with the Splotch Monsters as well, taking them in new and very interesting directions (below pic)! 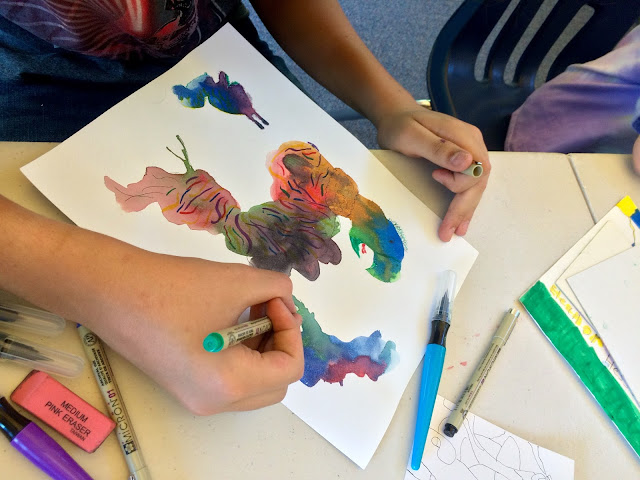 It's good to see the kids get into this type of thing and really tap into their imaginations and explore the creative process. It is always amazing what people come up with when presented with these random splotches of paint. Looking forward to seeing what my new groups will be doing with these during week two! 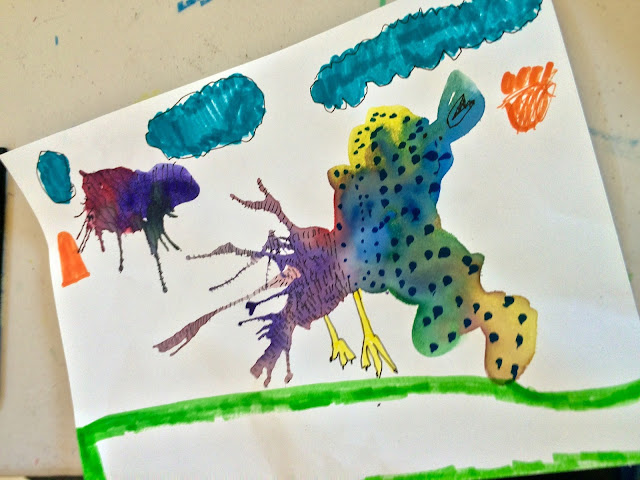 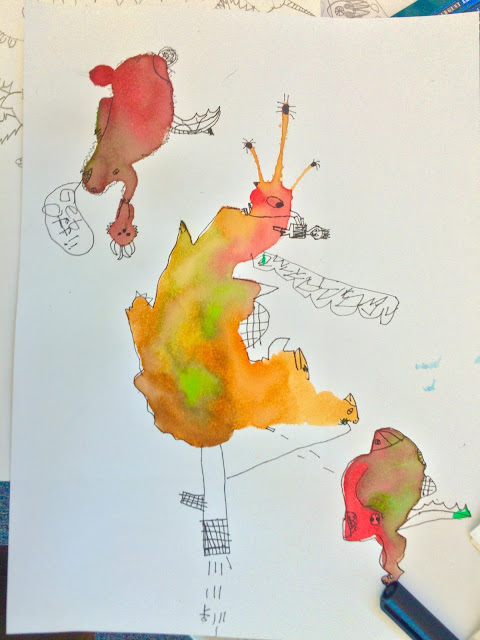 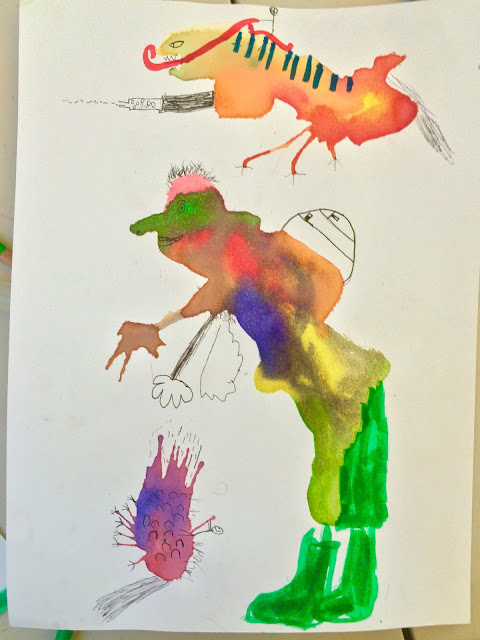