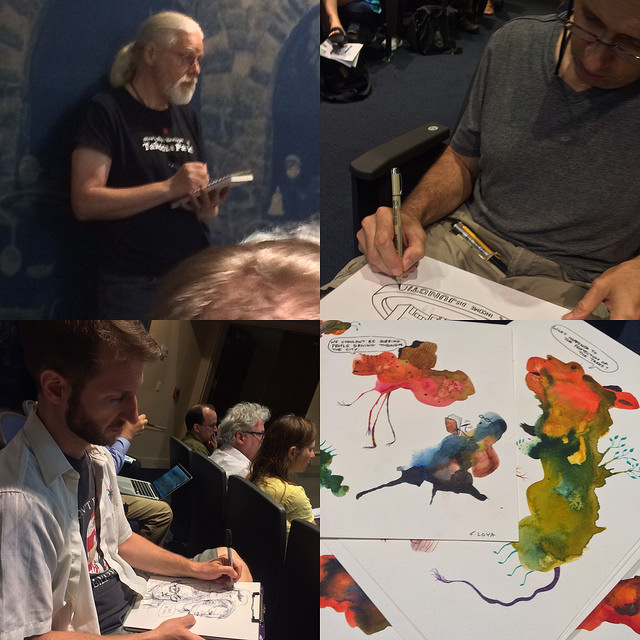 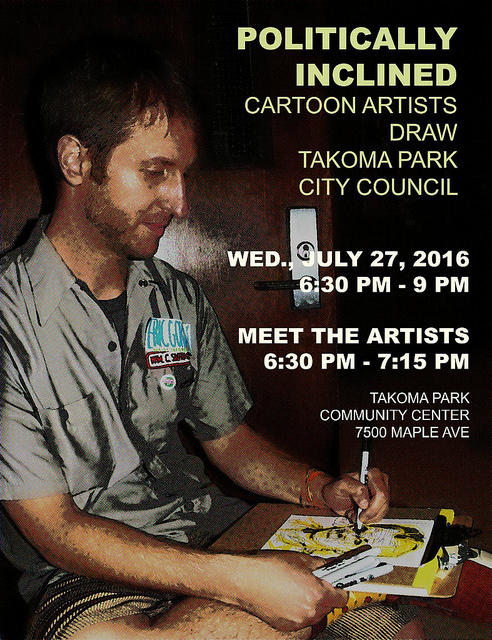 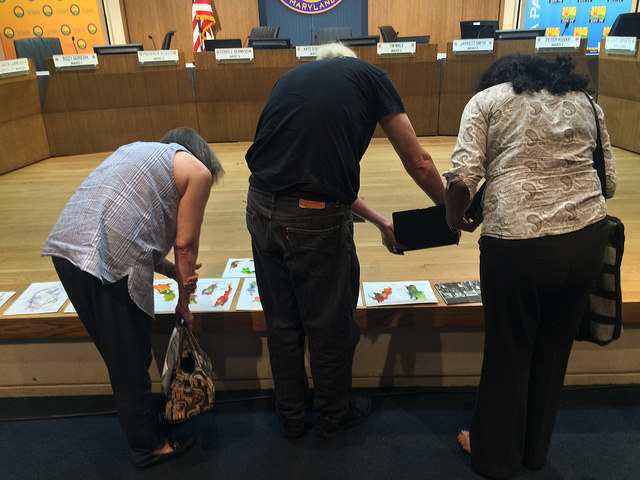 Last night I attended the late July Takoma Park city council meeting as part of the "Politically Inclined" project, inviting artists who are currently on exhibit at the Takoma Park Community Center's "Stylized Notions" art exhibit, featuring works from local, DC-area cartoonists and comic artists who participated in the Cartoonists Draw Blood blood drive events. In addition to myself, Bill Brown, Art Hondros, and Eric Gordon participated. Unlike Eric, Art, and Bill, all residents of Takoma Park, I drove out from Sterling, VA, and it was interesting to participate in some small way, and contribute something to the democratic process that is a City Council meeting - something I've never done before. In addition to being in good company, and hanging out with some great fellow artists for a little bit, I also wanted to try something slightly new and different with my Splotch Monster art. 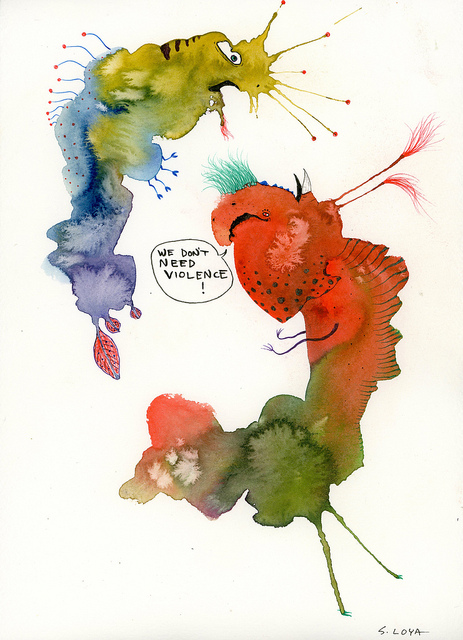 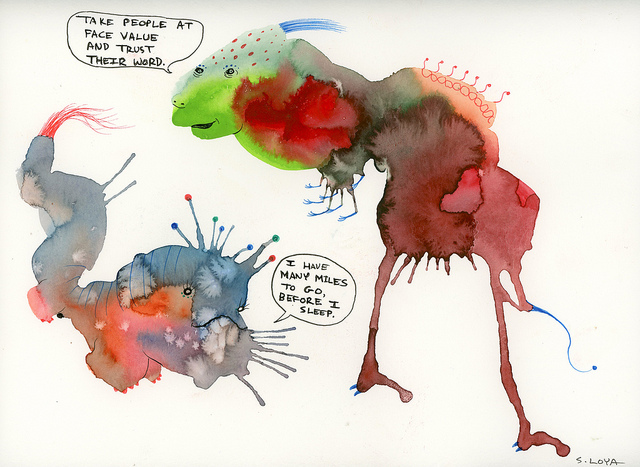 Up until I got there last night, I only had a vague notion of what to do or how to approach things artistically. I decided to employ the use of speech bubbles in the seven pieces I made (see below) - something I've never done before. Of course, with speech bubbles you need some kind of reference point. That's where the public came in. I tried my best to listen for sentences or comments spoken from the resident of Takoma Park, both on stage and in the audience, and extract fragments of speech into the bubbles. It's important to note, I made the paint splotches (or Splotch Forms) beforehand, and later chose what to use and how to approach them during the meeting, of which I stayed for about three hours. 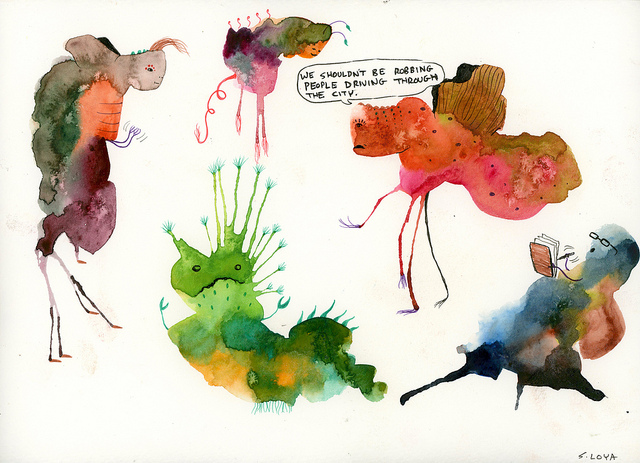 The event was recorded and shown live on the Takoma Park TV channel, as well as on their Facebook page. During a brief intermission, the artists spread their work out on the stage for folks to see, and it was great seeing the variety of approaches everyone took, and witnessing the positive reactions from the people in the auditorium. I think it was a great, positive experience for us artists as well, and afterwards, Eric high-fived me and suggested we make this a regular thing. What a fun challenge that would be! 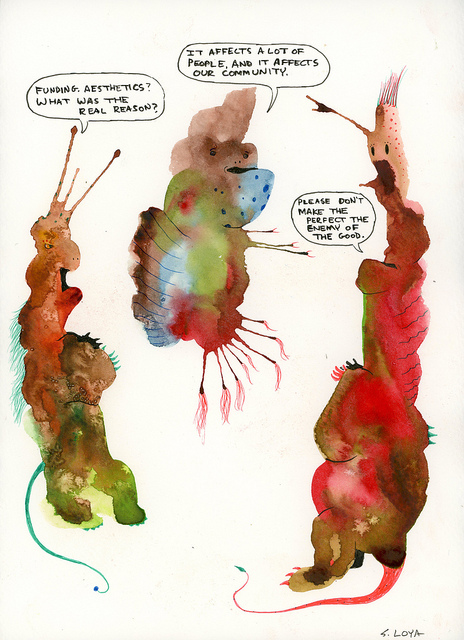 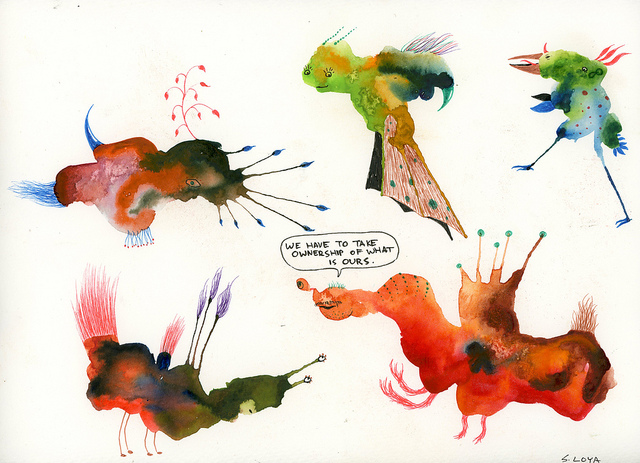 A big big thanks goes out to organizers Marilyn Sklar and Chanthi Chandra-Sekar, Carolyn Belefski for the heads-up, and to all the artists and folks who participated in last night's city council meeting. In the meantime, there's talk of possibly having a little exhibit featuring last night's work. I'll post more, if anything more comes out of it. You can read more about all of this in the Takoma Voice, written by Bill Brown! 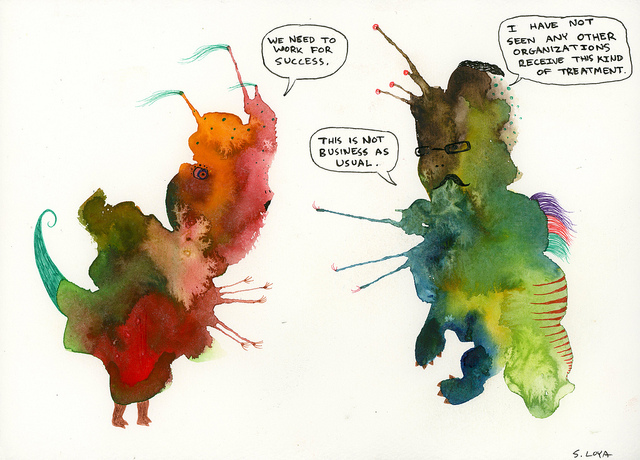 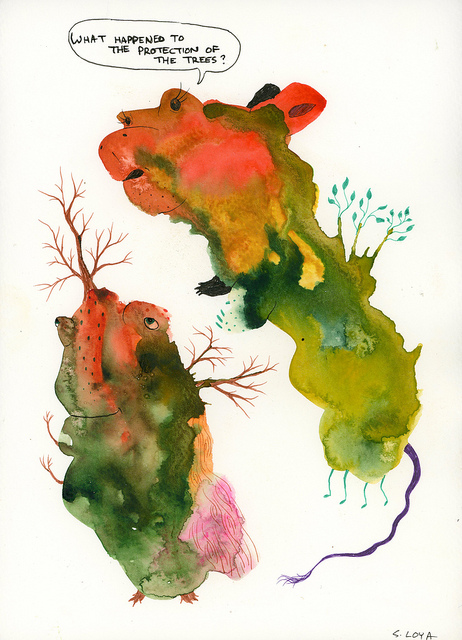