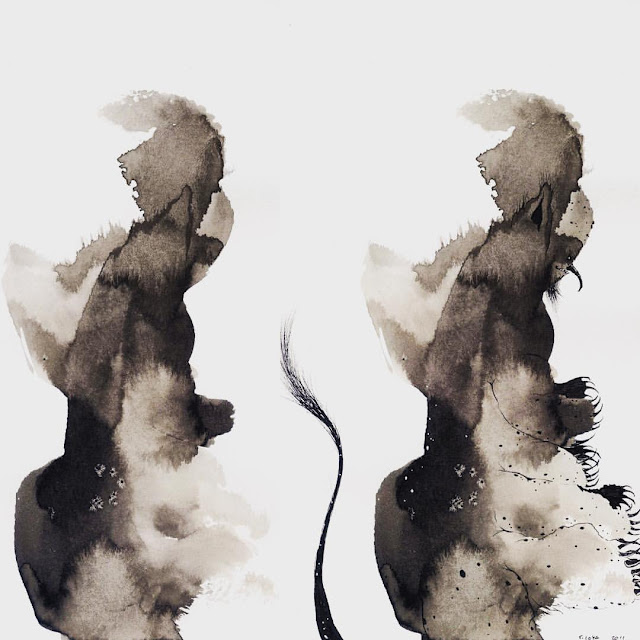 How fun it was to revisit my India Ink Splotch Monster series from a few years back, to post as part of Inktober 2015. I know the whole idea of Inktober is to create something new each day, which I plan on doing in 2016, however, I believe a little self-retrospective was in store first and foremost, in order to move forward again. So many from this series have sold at several art exhibits throughout the area in the last few years, including Leesburg, Virginia, Washington, DC, and Frederick, Maryland, and some were even exhibited at a big show in Greece not too long ago. I definitely plan on putting together a good, quality, comprehensive book, compiling this series, and more in the near future. Speaking of near future (and Frederick, MD, for that matter), I'll be part of a series of workshops in conjunction with the Arc of Frederick County, on Sunday, November 15, from 1-4pm. Details are still in the works, but stay tuned to the site for more info soon. In the meantime, I will be taking a self-imposed hiatus from all social media beginning November 1st, 2015. I'm not sure for how long it will be, but I will be back on board, eventually, in the coming new year. As much as I love posting and seeing what's going on on Blogger, Facebook, Flickr, Tumblr, Instagram, etc, I'm looking forward to clearing my mind and opening up more time and (mental) space in my own personal life. Until then, feel free to browse the blog and have a good look around. Peace!