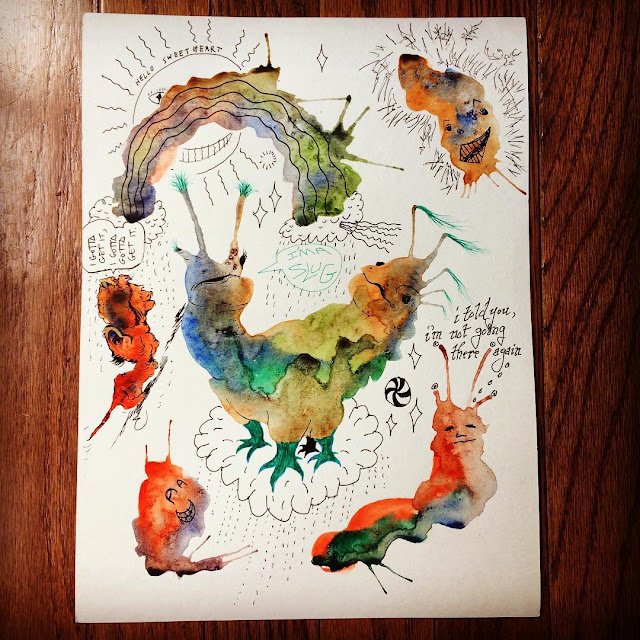 Last Sunday night I attended an event organized by Sara and Eric Gordon, also known in the zine world as The Vinyl Vagabonds/DC Creepers. It was called "Artist Nights Pt. 2, Electric Boogaloo" and took place at a great little cafe in Takoma Park, Maryland called The Olive Lounge and Grill. Basically, it was a meet-up of sorts, for anyone who was interested in dropping by and making some art. Eric provided plenty of drawing supplies and papers, and Sara brought the tunes, as she spun selections from their record bin, on a couple of cool old turntables. It was a casual event, and about a dozen or so folks showed up on what was a pleasant Sunday night. I brought some papers covered in some Splotch Forms that I had painted on previously, and began working on one, while Eric sketched people in the cafe, over a cold beer. Later in the night I had convinced about nine of the remaining people in the cafe to add to the Splotch Forms. It was a great way to break the ice, and as always, it was fun to see how people approached it, and what they came up with. I think everyone had a good time and I was happy to have left with a sweet little reminder of the power of creativity and community and the joy it can bring into people's lives. Hopefully Eric and Sara will hold another artist night in the not-too-distant future! 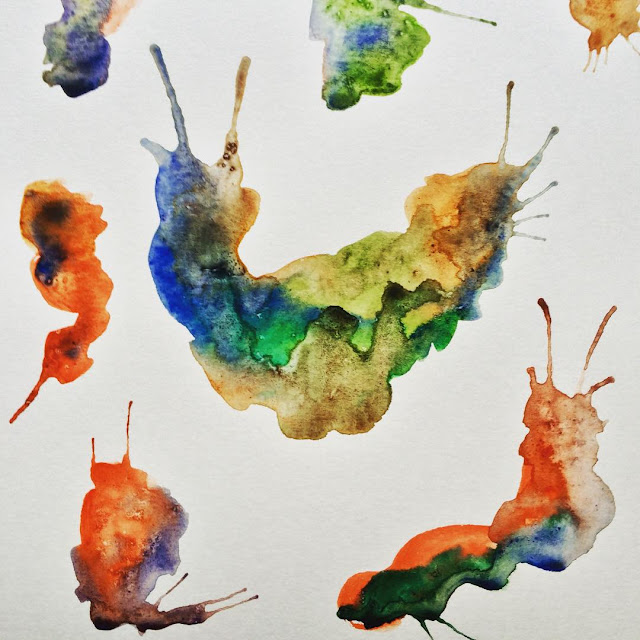 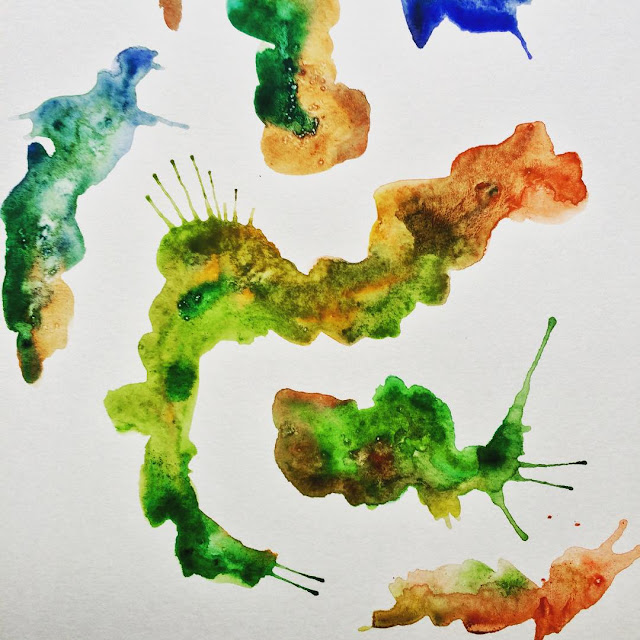 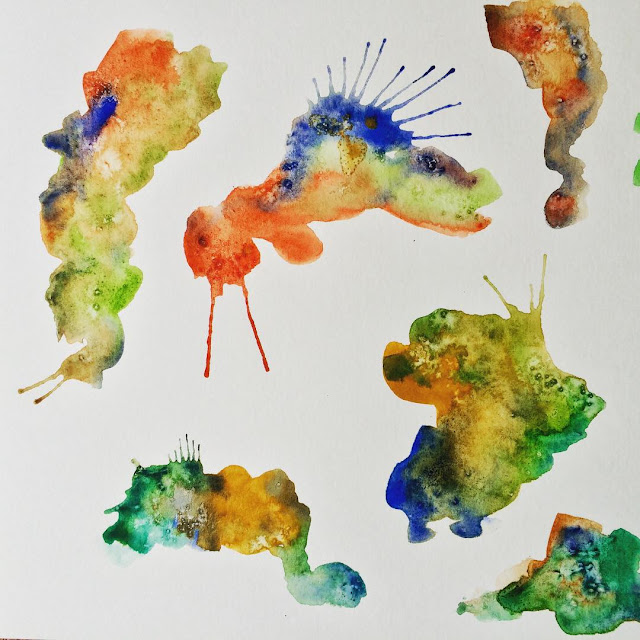 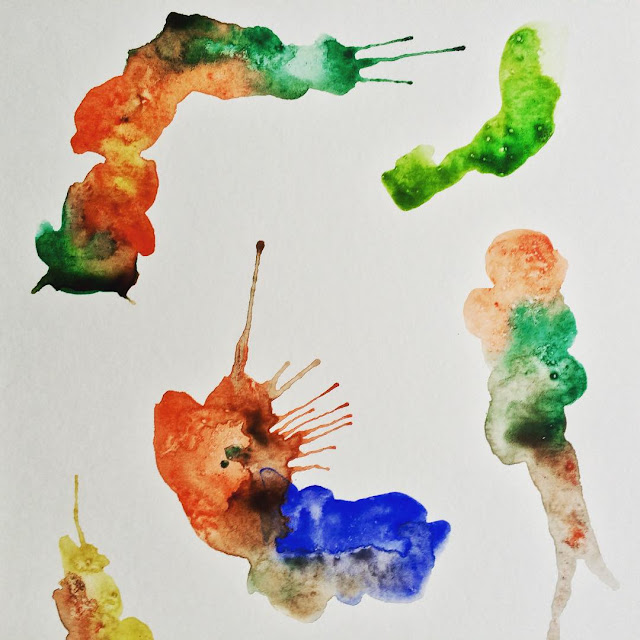 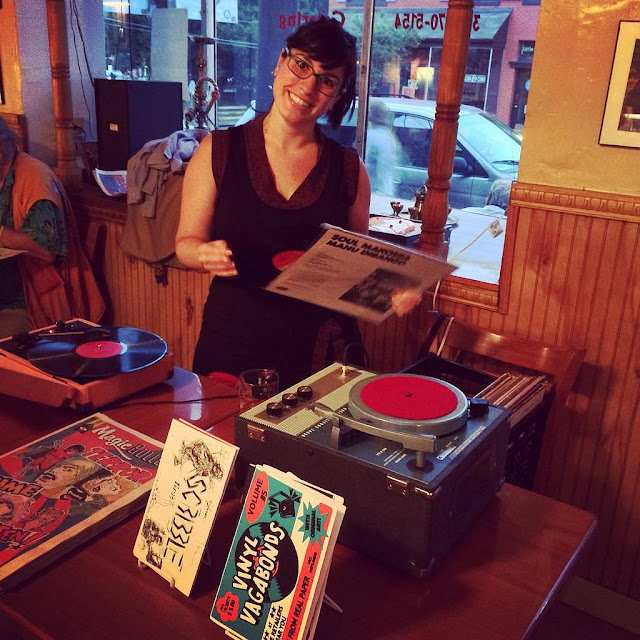 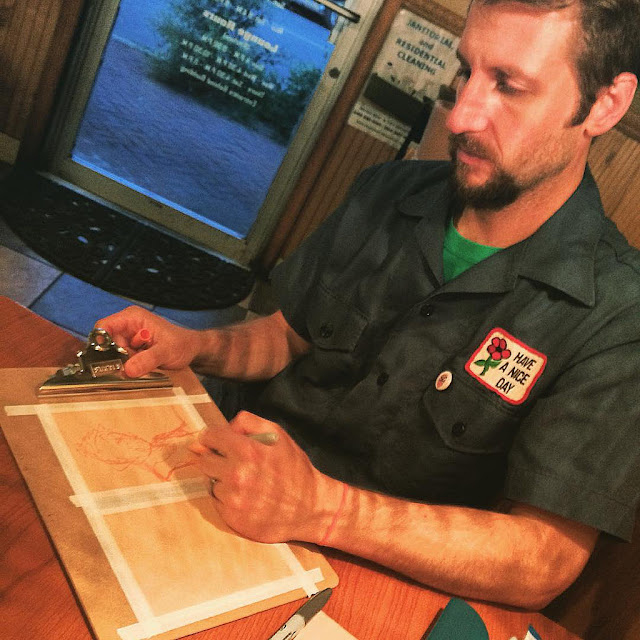