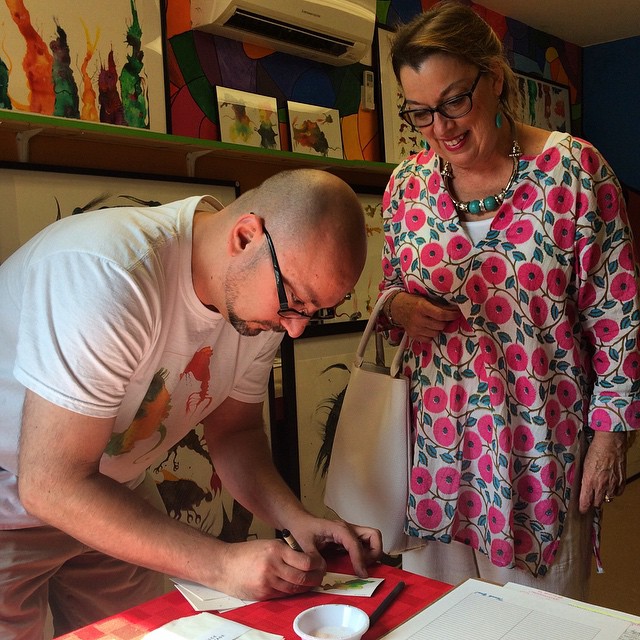 It's hard to believe the tenth annual Western Loudoun Studio Tour has come and gone, and instead of being a visiting patron, this year I was one of the featured artists. I'm honored to have been included along with so many great local artists, and it's good to see the variety of styles and types of art represented in this year's tour. I also lucked out big time, being able to sell and share my Splotch Monster art in a well-lit, air conditioned room at the Round Hill Arts Center. I was also in the company of several other amazing artists, including local painter and sculptor Penny Hauffe, who has been a longtime favorite of mine. 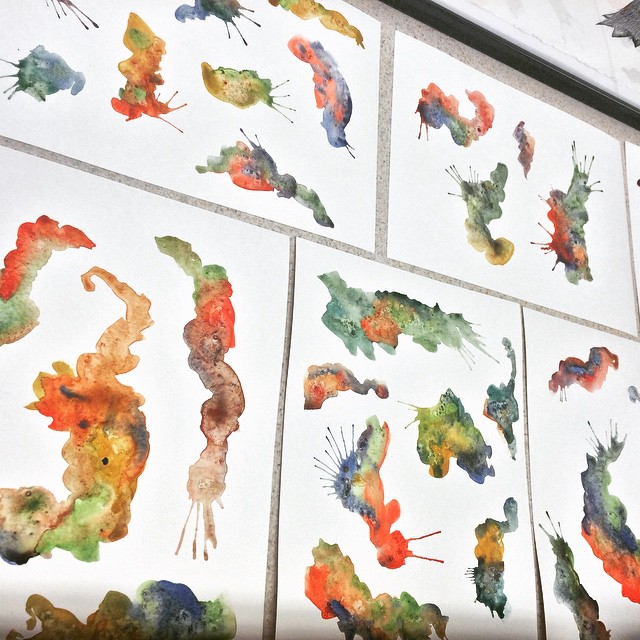 It was fun, being able to demonstrate my Splotch Monster-making techniques and ideas, and I filled at least twenty sheets worth of new material to finish in the near future. So many people from so many age-levels and walks of life came by to see my work, talk about it and inquire about it, and even buy some of it - it's a good feeling to know you're appreciated and that what you do means something to people. It can be difficult for us artist types to put ourselves out there and talk about ourselves and our work, and such an experience, over the span of two days and fourteen hours is both energizing and exhausting. Still, it is so well worth the effort, especially when you see there are folks who have a genuine interest. It's funny, 'cause I don't think a lot of people expected to see the type of art I do, on display at the tour, and there were so many times when someone's initially bemused, and even slightly confused facial expressions quickly turned into smiles, followed by comments pertaining to being pleasantly surprised, or noting how nice it is to see something so unique on the tour. 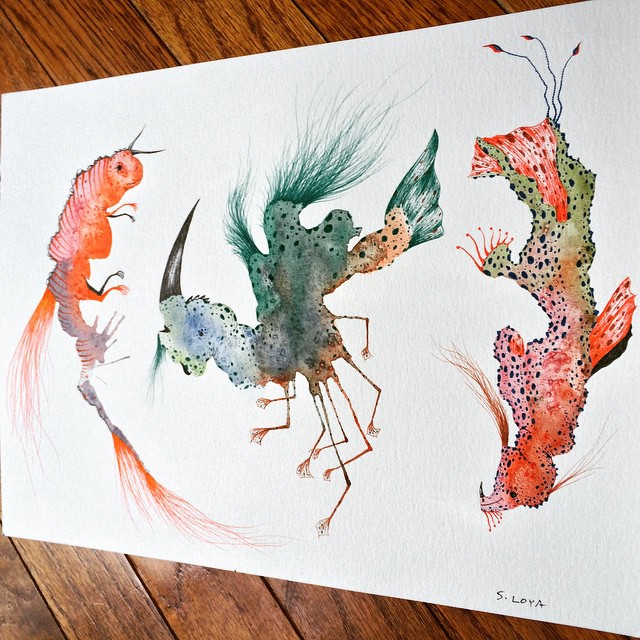 While Saturday went off without a hitch, we experienced a major storm in the area, that took out power in many parts. Thankfully, after only an hour of no light or AC on Sunday morning at Round Hill, it all came back just in time for the arriving visitors. Apparently, the same thing happened, around the same time last year at the RHAC! I was also very glad to have my wife Kris by my side both days, keeping my head on straight, helping me with sales transactions and getting folks to sign up for my mailing list, and generally keeping the mood light. I'm trying to imagine what it would have been like without her around, and it makes me cringe a little. The good thing is, I met a lot of wonderful people, made and sold a lot of art (including the piece above, which I call "Sea Trio") and felt like it was an overall positive experience and productive weekend. Would I sign up in hopes of being selected again? Definitely! In the meantime, I'll be posting a bunch of scanned Splotch Forms for folks to download and draw on themselves, here at the blog, in the very near future, so keep on the lookout! 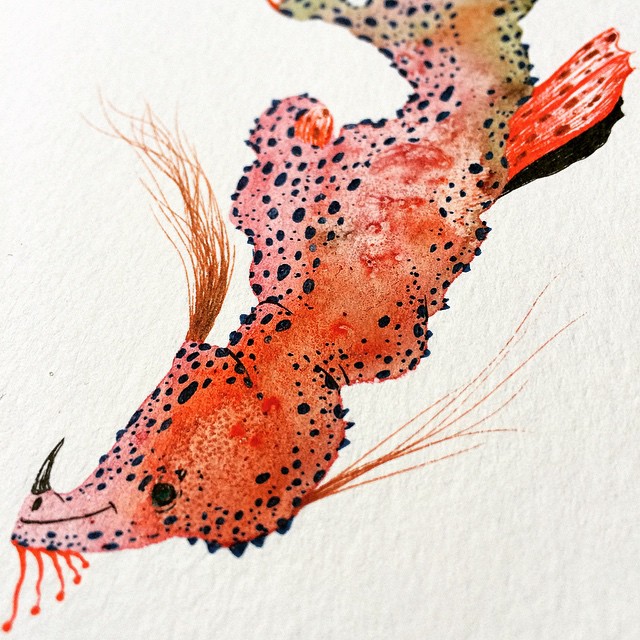