some pics from the opening reception 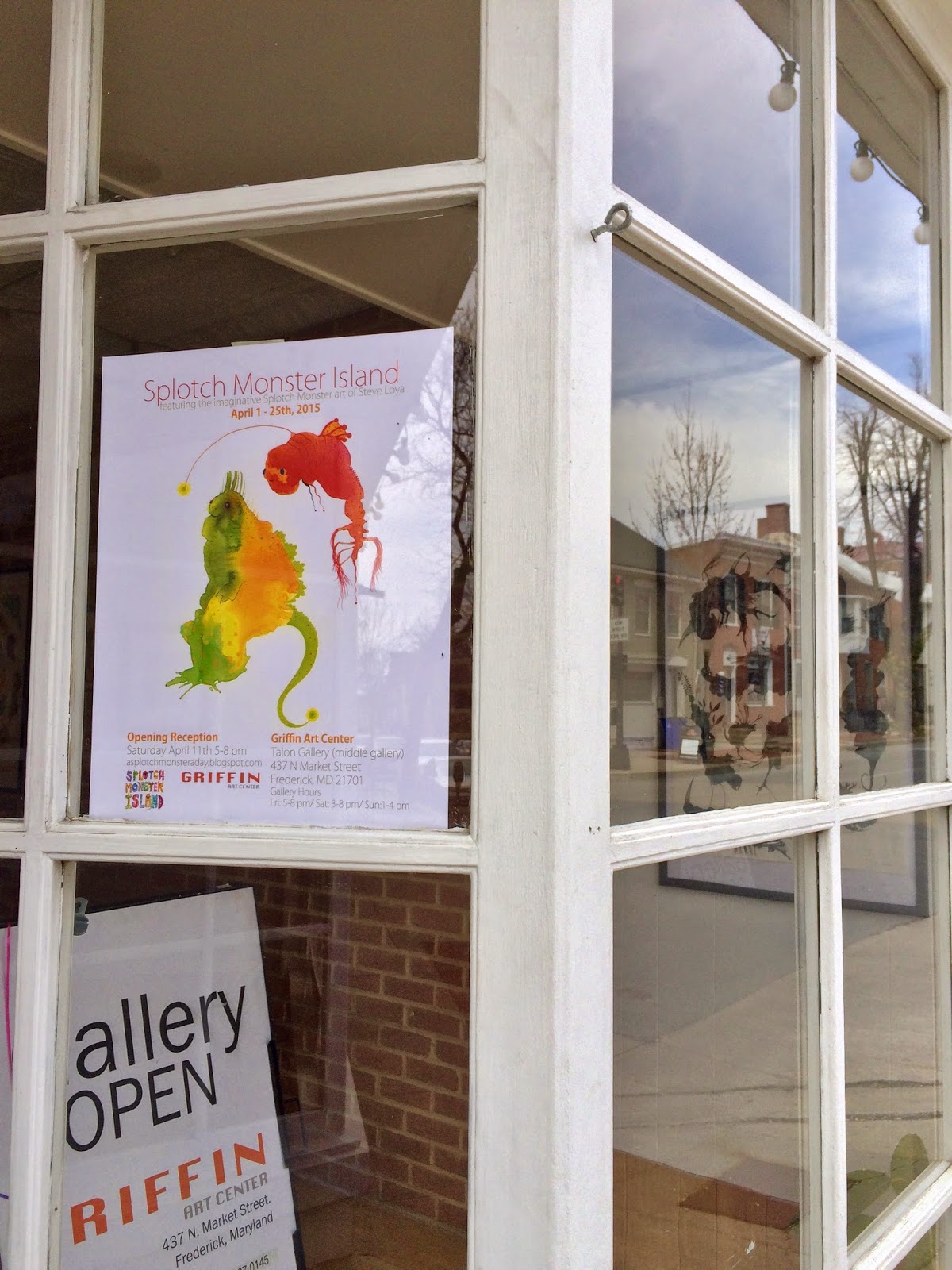 It's hard to believe that my Splotch Monster Island opening reception has come and gone already - something of which both makes me a bit sad, yet relieved. There's a certain sense of pressure you feel, I find, especially on the day of an event like this. On one hand, you want people to see your work, especially in person. As an artist, you want the public to appreciate what you do, and heck, even sell something once in a while. Yet, I find it's not in our nature, as hard as we try, to toot one's own horn. Yet, as good friends, new friends and kind strangers rolled in and out of the Griffin Art Center last Saturday night, I finally began to realize that there was nothing to worry about - it was all going to be OK. And it most definitely was, as I couldn't have been happier with everything. Luckily, I managed to get some shots earlier in the evening, but neglected to get more as folks dropped in later in the night. 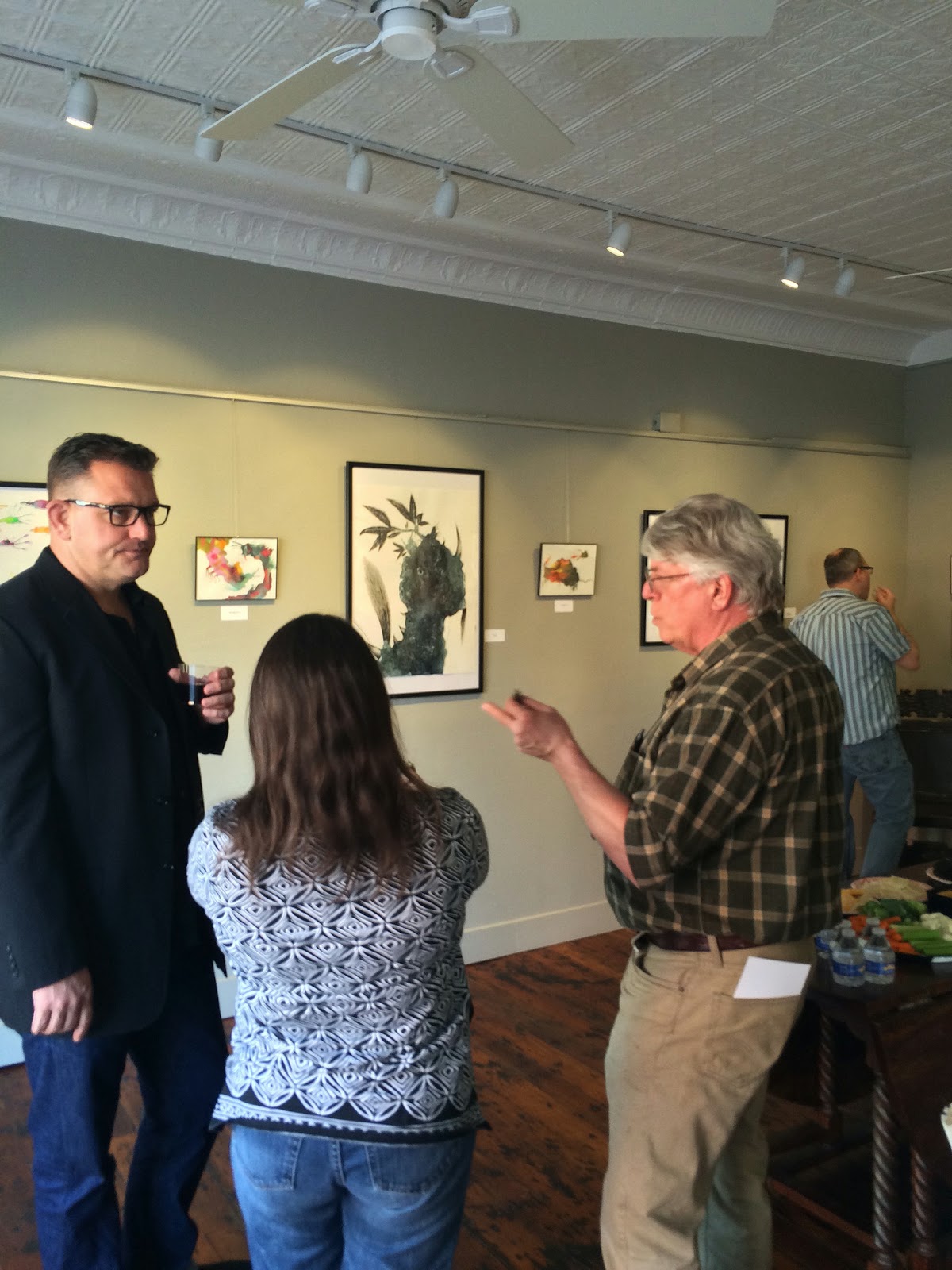 One thing I love to do is talk art, with anyone willing to discuss it with me. It's something I don't get to do often enough, and events like this can satisfy that need, if not for a little while. It was great having conversations with all types of people Saturday night. There was a wonderful family who came all the way out from West Virginia to see the show. I finally met an amazing local photographer for the first time, after years of being Blogger and Flickr (and now Facebook) friends with him. I even met someone who graduated from the same college as me, only about ten years later, who ended up purchasing a piece. I also heard a lot of cool stories and experiences from folks that night. Perhaps the best compliment I got was from someone who said that my Splotch Monster art looks even more amazing in person, after he had only seen it for years online. 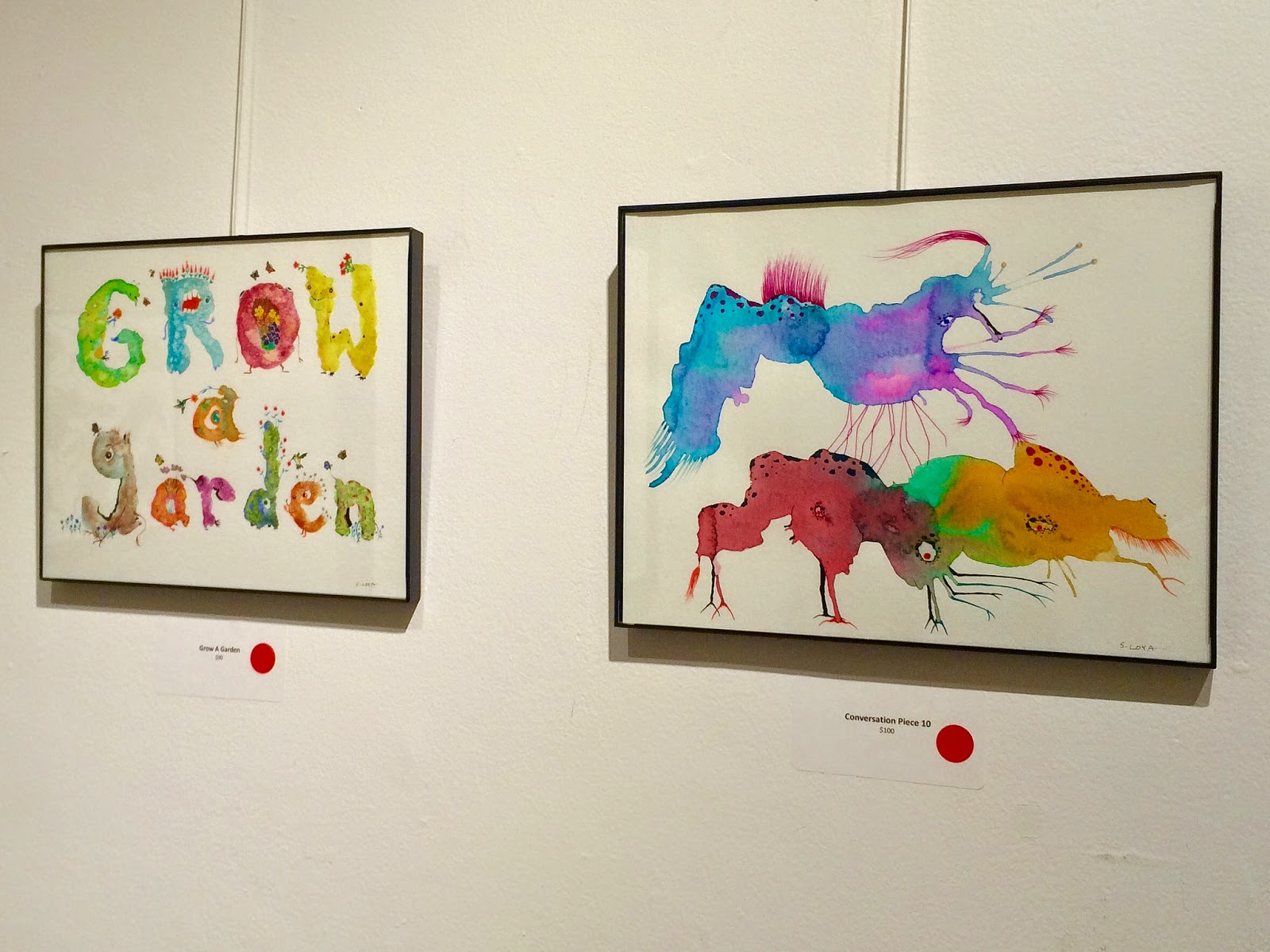 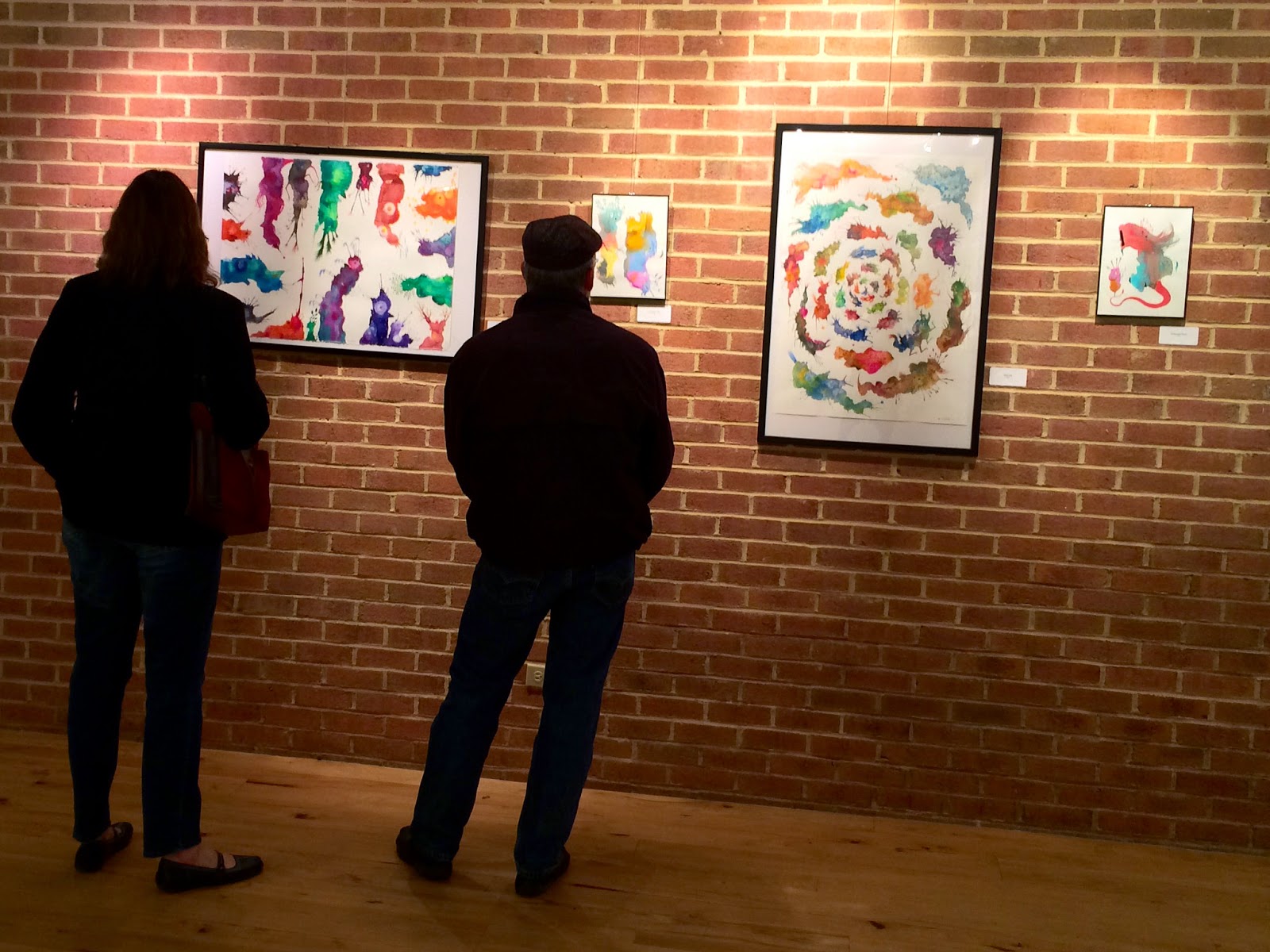 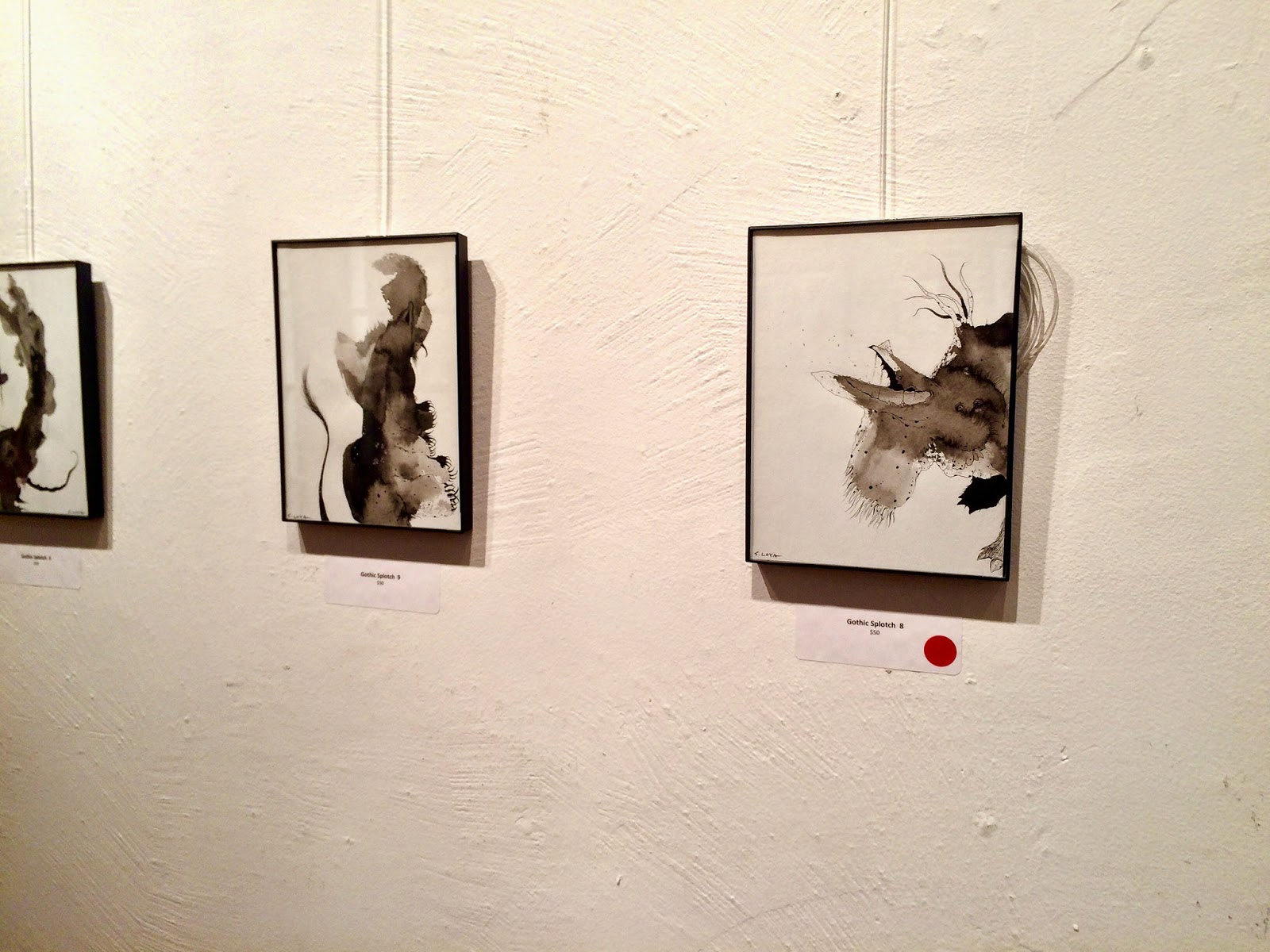 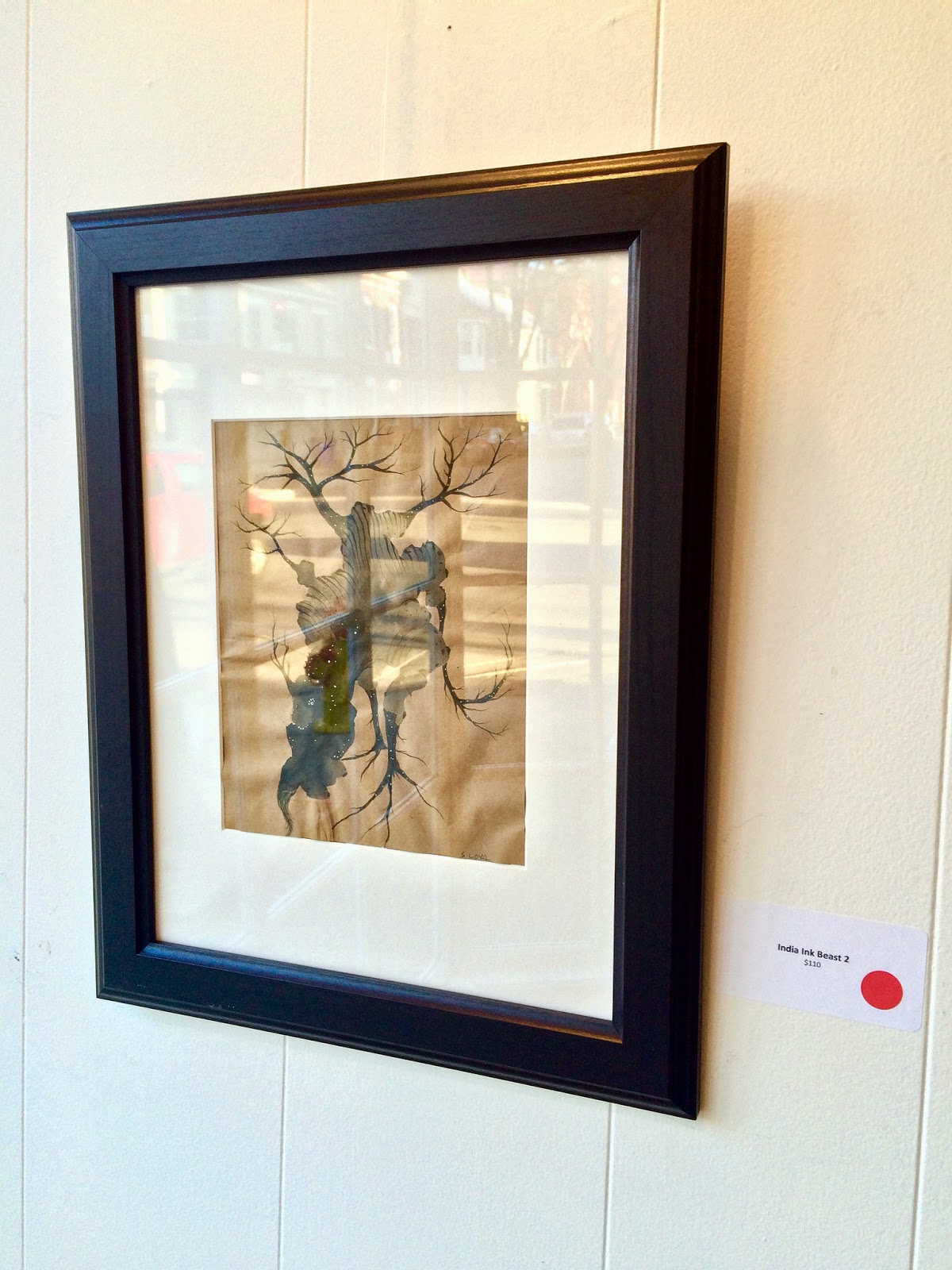 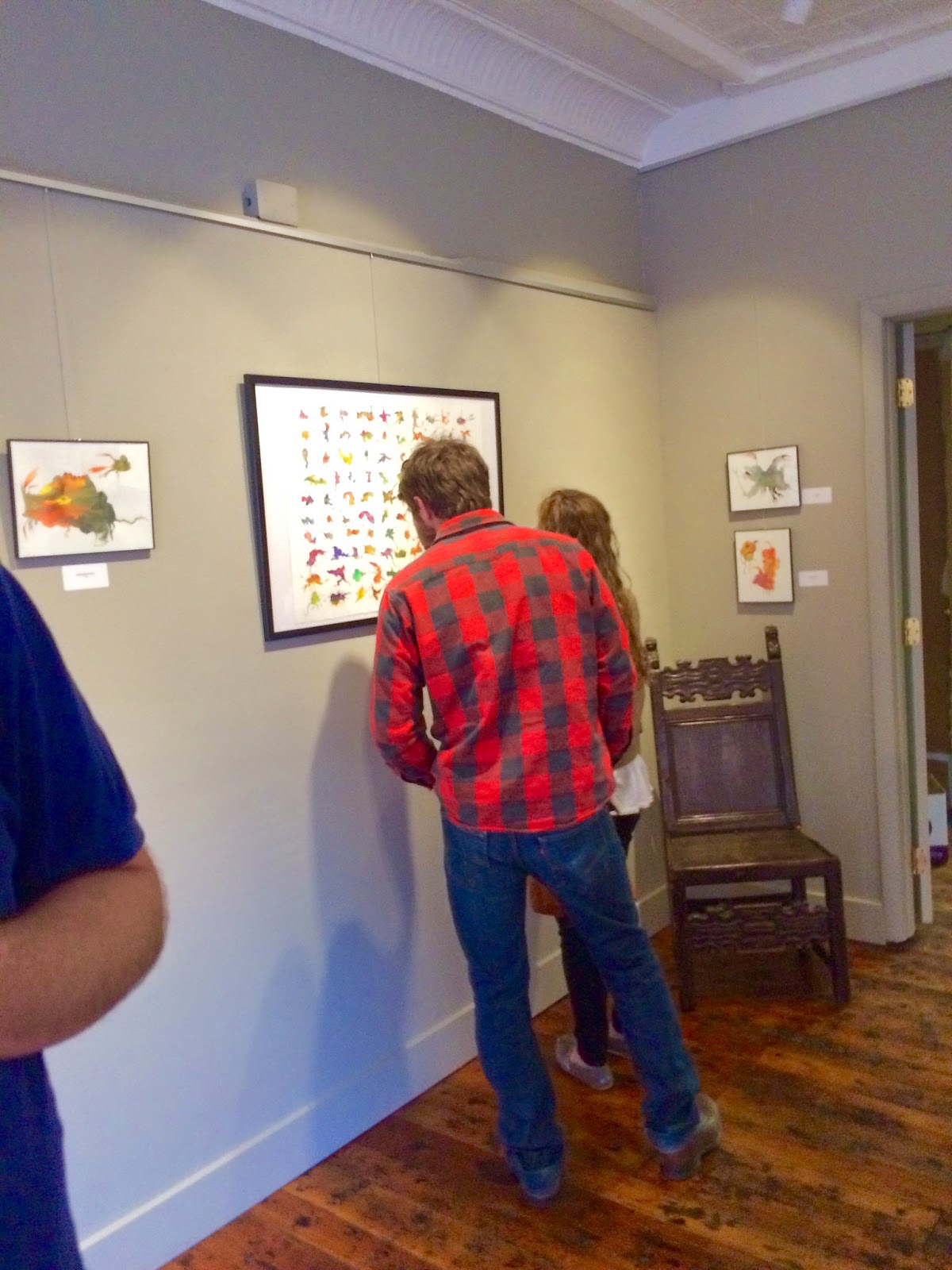 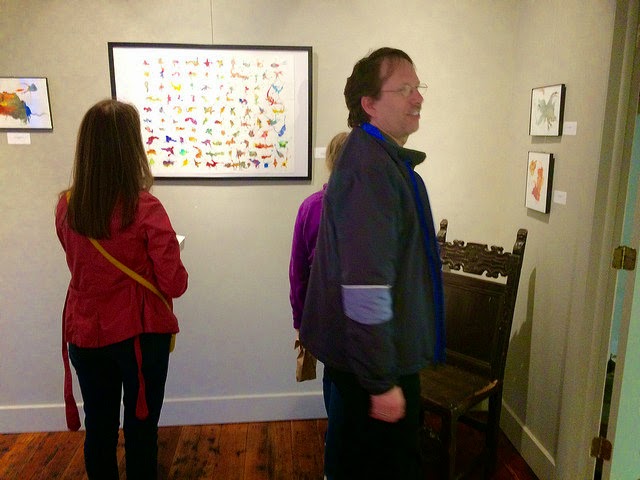 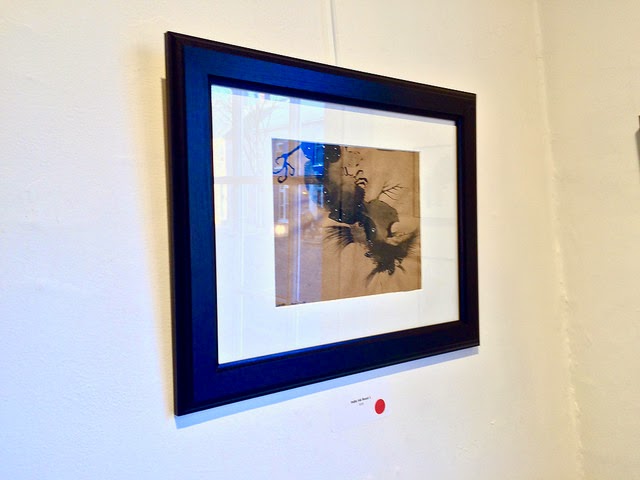 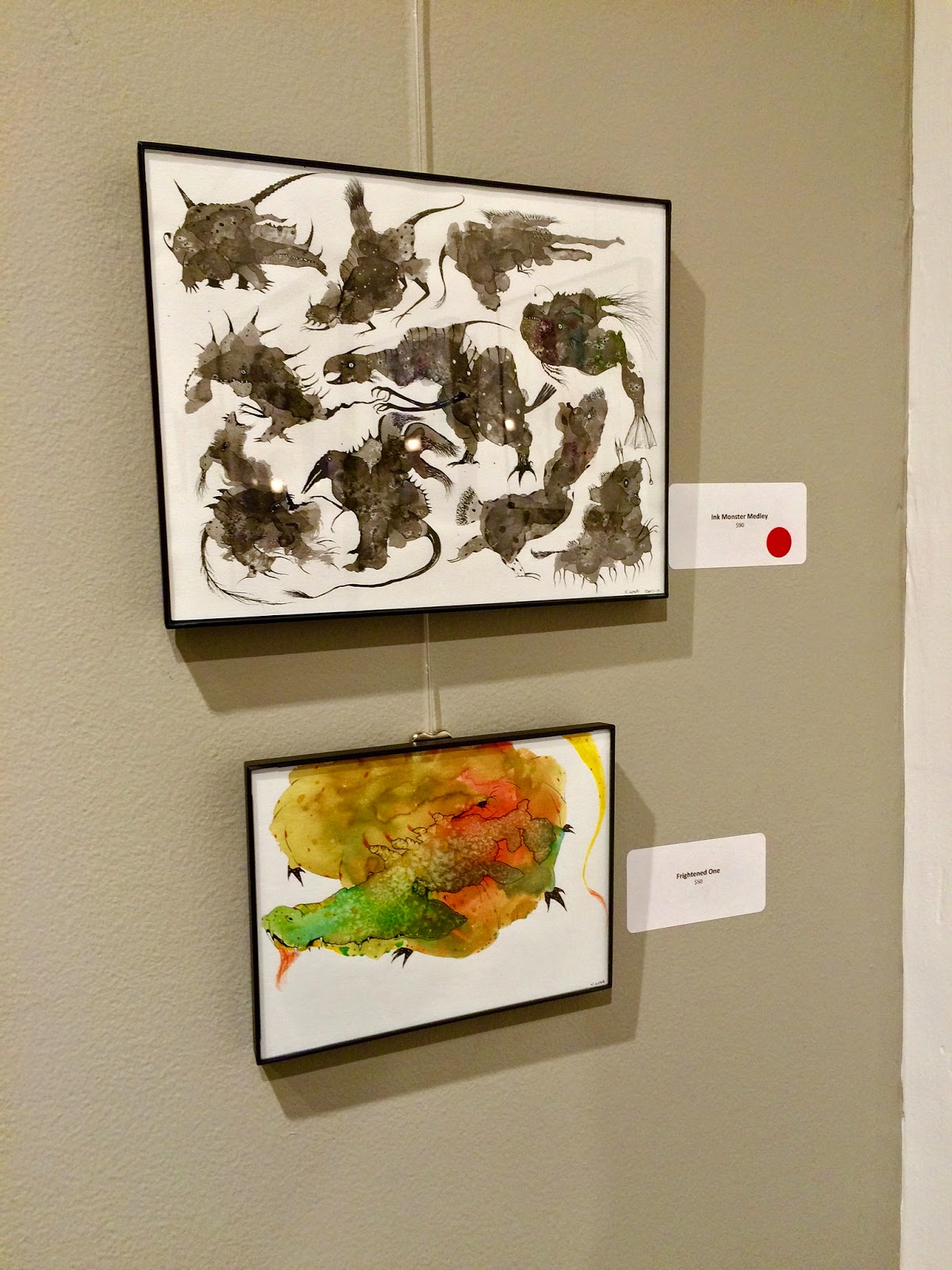 Sometimes it's easy to get down about the world, and about people and some of the things they do, but nights like this always reaffirm my faith in human beings, as exhausting as these events can be. I could not be more grateful to my awesome friends who came by, many of whom traveled pretty far, and to the good folks at The Griffin Art Center who helped make my show become a reality. I'm also so grateful to the people who came in off the street to have a look, the resident artists who gave me positive feedback, the people who made the trek out to see what this Splotch Monster Island stuff is all about, and to the folks who support my work, in whatever way they possibly can. Lastly, I'm grateful for my wife Kris, who has such a good eye for setting up art, and for putting up with my crazy, current obsessions and projects. I honestly don't know what I'd do without her sometime. 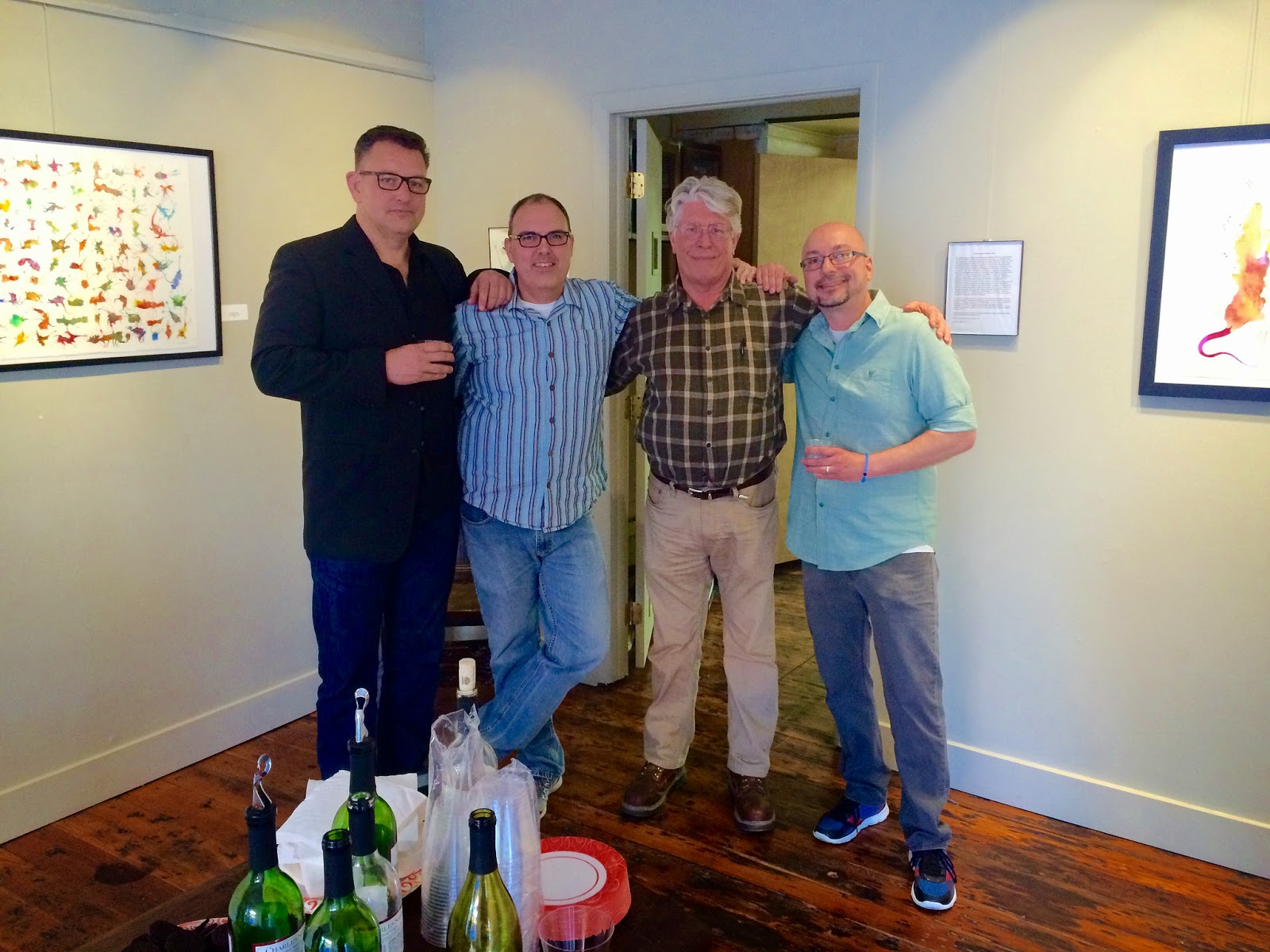 *From left-to-right, David R. Modler, Eric M. Scott, Brian Kirk, and me, the smiley schmuck with the bald head

In the meantime, I will be doing a little talk/Splotch Monster-making workshop on Saturday, at The Griffin, from 3-5pm, and I'll be staying around the gallery for a couple more additional hours for anyone who had missed the opening last weekend and would like to stop by to check it out.