the funk ark: man is a monster cd out now! 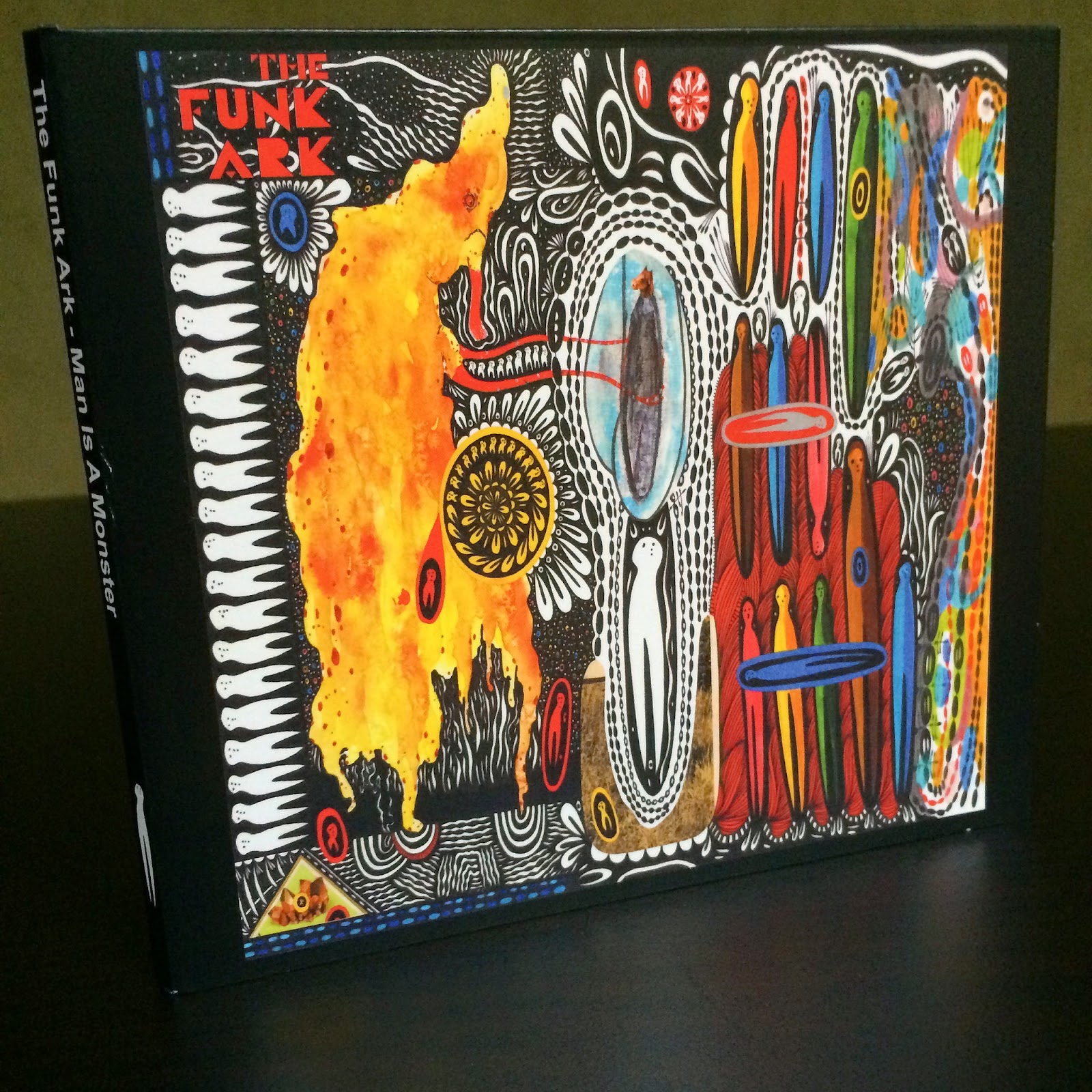 If that's not a thing of beauty, I don't know what is? Yes, you're looking at DC's The Funk Ark's brand new CD, Man is a Monster, first available in physical format at their album release party yesterday at the Black Cat, in DC. The artwork comes courtesy of JJ Cromer and I, taken from our 2013 mail art collaboration and show, known as the "Splotch/Asterisk" series. The music inside is just as spectacular, and seeing the band play live last night was a very awesome experience. I didn't think being out until the wee hours on a Friday night was still in me, but perhaps it was the music that kept me going, as well as getting my hands on some copies of this gem.  The art on this album was originally shown at Off-Rhode Studio/Art Enables in February of 2013, and when I gave a copy of the disc to Mary Liniger today, who works there, she smiled and said, "the art collaboration that keeps on giving!". Indeed, it's cool to see where this collab with JJ Cromer has gone so far and where it may possibly lead to next. As JJ said, "Splotch/Asterisk lives!". Amen to that. 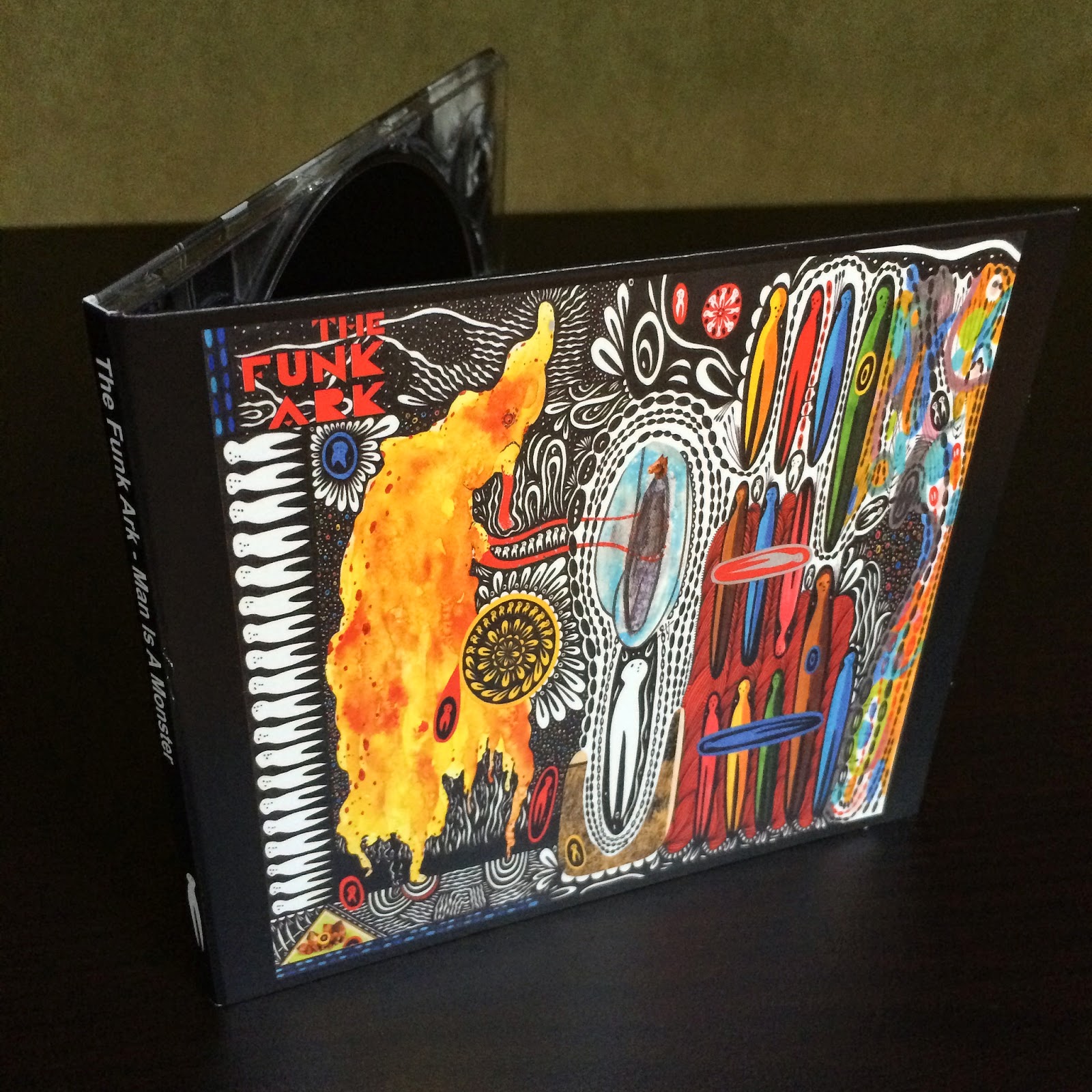 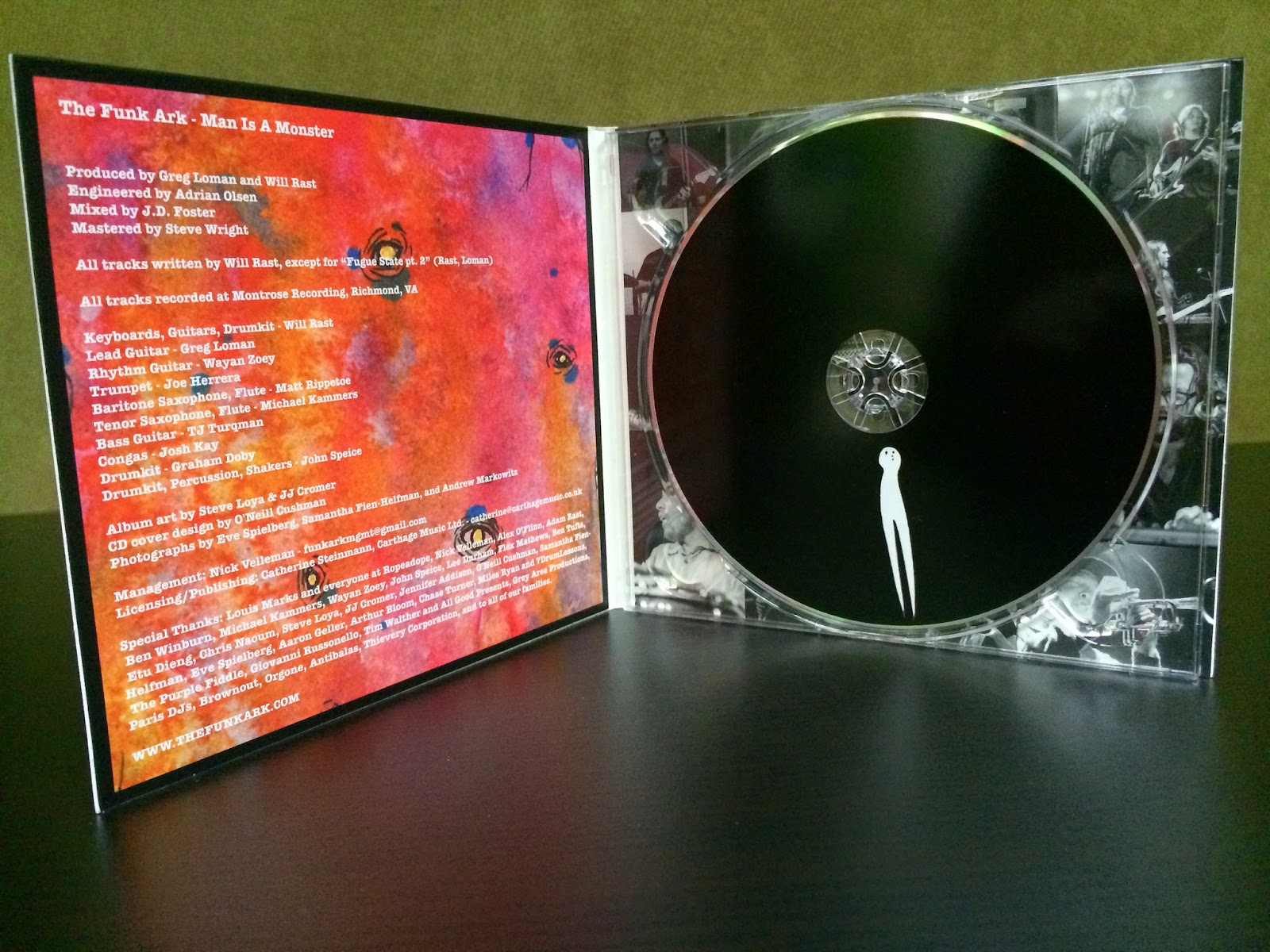 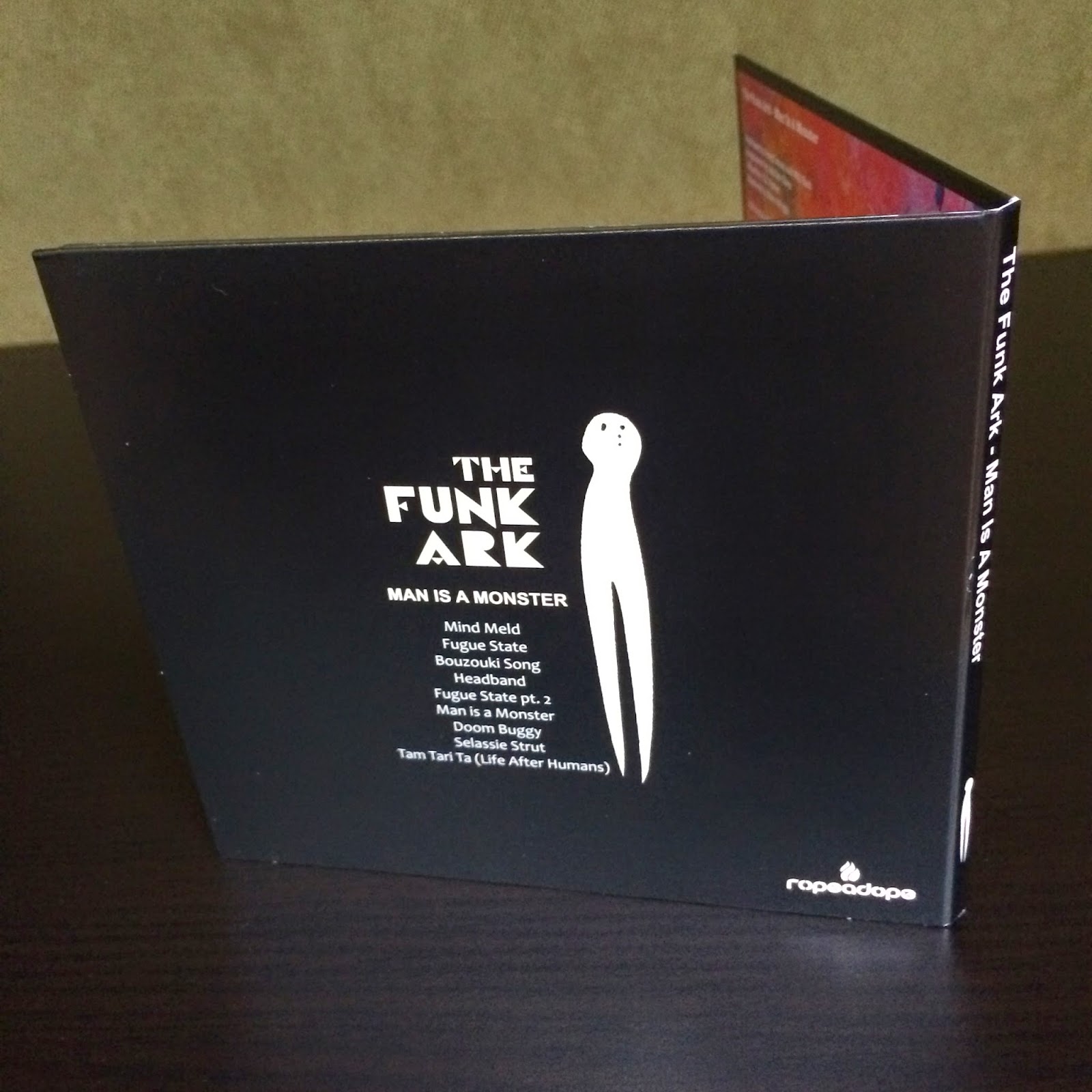 The pic below shows opening act Hung Tao Choy Mei Dancers. I loved their heavily percussive sound, and their use of dancing and dragons! They were a great way to start the night. Unfortunately, my only pic of the second opener, Black Masala was way blurry. Needless to say, they were another fantastic DC band who got the party started. 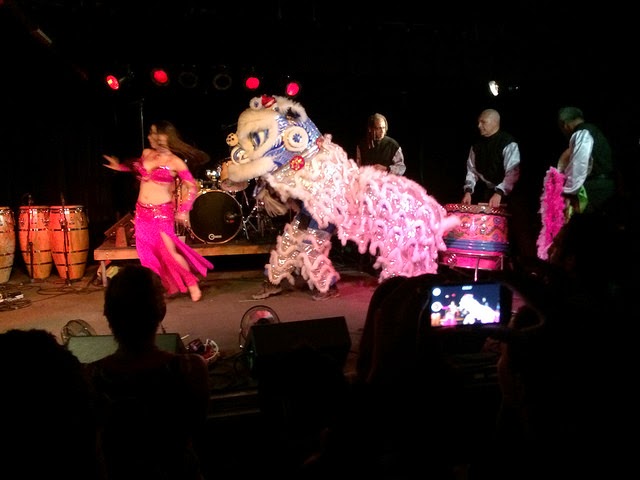 Of course, the Funk Ark tore down the house last night. You'll be able to see them again soon at The 9:30 Club in DC on December 7. Don't miss out on their new album in the meantime! Now, if only they'd drop some vinyl copies. 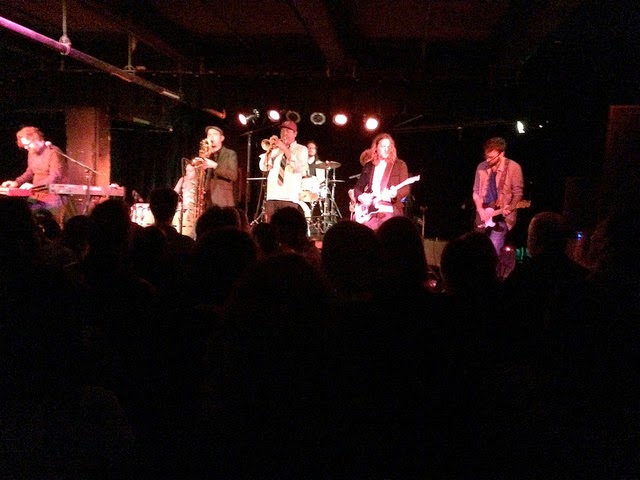