conquering mt. splotchmore (in the name of love), full view and details 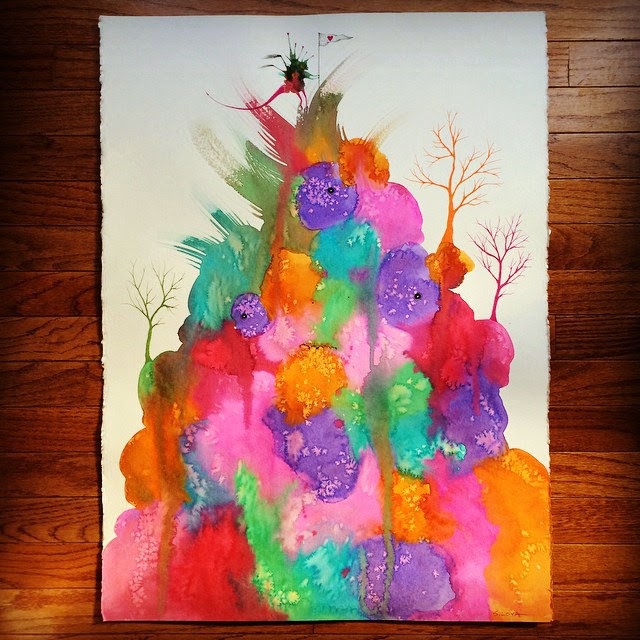 This one was so much fun to make while also presenting some challenges - another 22" x 30" piece for the upcoming show at Off-Rhode Studio starting September 13th. When I first laid down the paint last June, while at MECA in Maine, I definitely had a mountain in mind, as well as some type of portrait head. What the heck I was going to do with it, or how I was going to make it look like a face, or head was still a mystery to me. So, I let it sit for a couple of months, and honestly, I almost shelved the thing for good. Still, I had a little running script in my mind that refused to go away - something involving a climber, or many climbers, climbing for a reason, for something important. What that reason was, I wasn't sure yet, so I just began drawing. Right away I saw three eyes instead of two, in the three purple splotches towards the uppermost portion of the mountain/head. Without thinking, I just started to add them in, first with black, then adding white for the pupils. So far so good. The next part was the mouth. How or where would I add it? Two places stuck out most for me, one of which was the one I chose, which was a prominent line where an orange (bottom) and green (top) splotch met. The other could have been more in the form of a dopey smile, tracing along the bottom of the purple splotch (under the orange that I had decided to go with instead). Whatever the case, the mountain head, affectionately now called Mt. Splotchmore (I was going to call it Splotch Monster Mountain instead, glad I didn't), is a pretty dopey entity no matter how you look at it, and that's kind of what I was hoping for - this giant, colossal monolith of a dufus, ready to devour any climber who dare trespass, but not too sure why, only reacting because, well, that's what he's supposed to do, well beyond reason. I wanted to emphasize the mountain aspect a bit more so I went with a few trees as well. I almost used black for the trees but was glad to find some archival gel pens that had colors also used on the mountain cliffs. Finally, I went with just one lone climber, a victorious explorer and a peaceful warrior, waving the flag of love atop of the treacherous and dangerously stupid Mt. Splotchmore.  I instantly liked it, but had my doubts as to what others might think - it's decidedly "low-brow" and illustrative, but with a definite narrative still open enough for the viewer to interject their own story into the work. 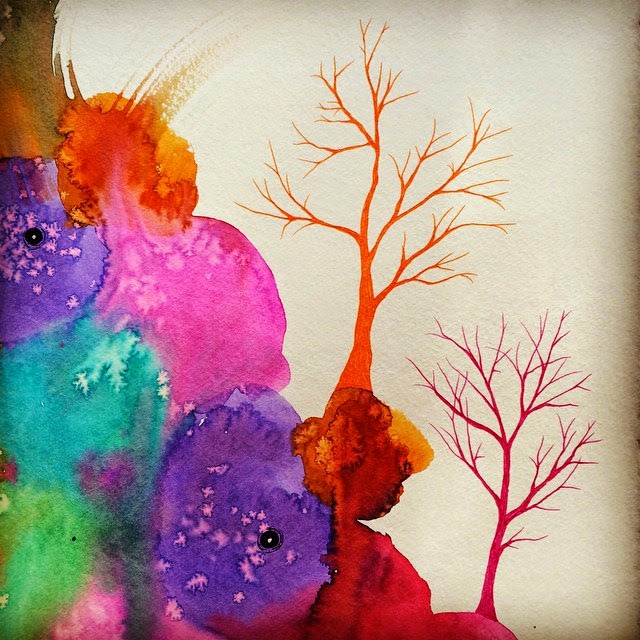 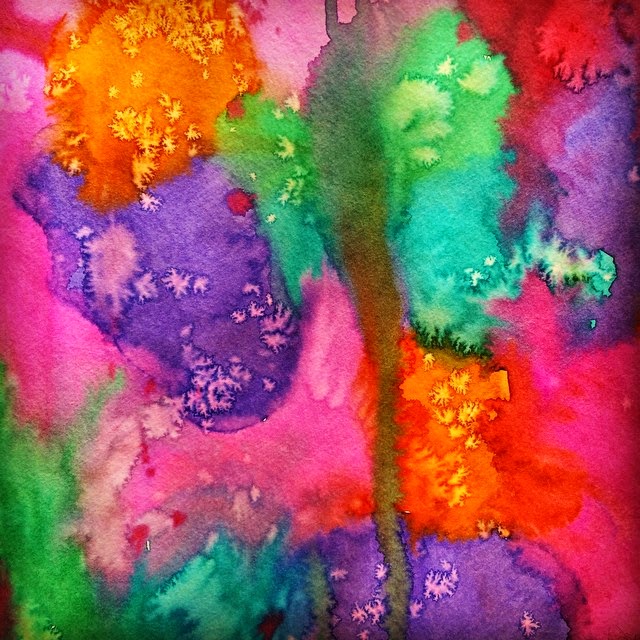 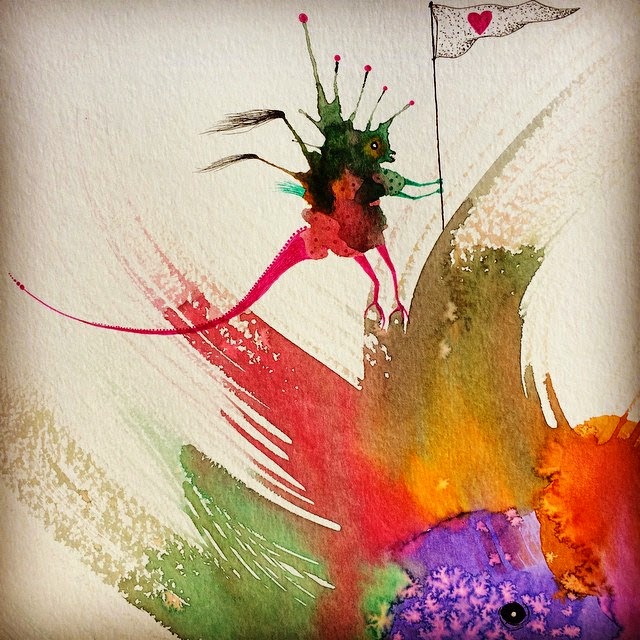 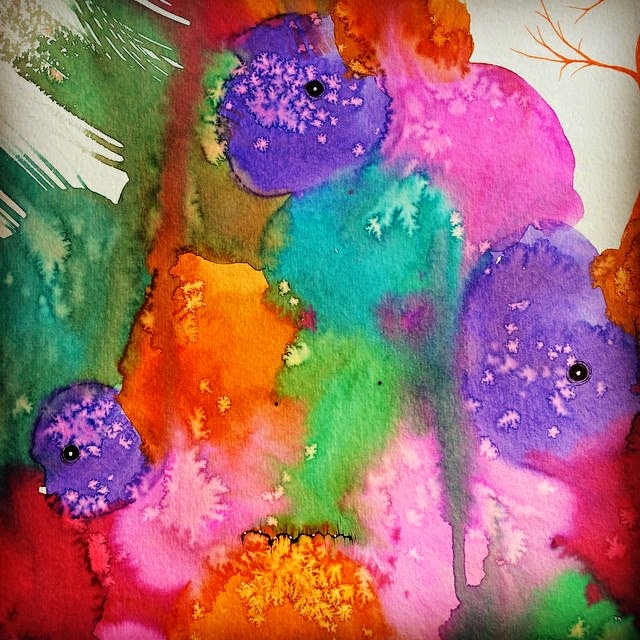