altogether now (in no man's land) 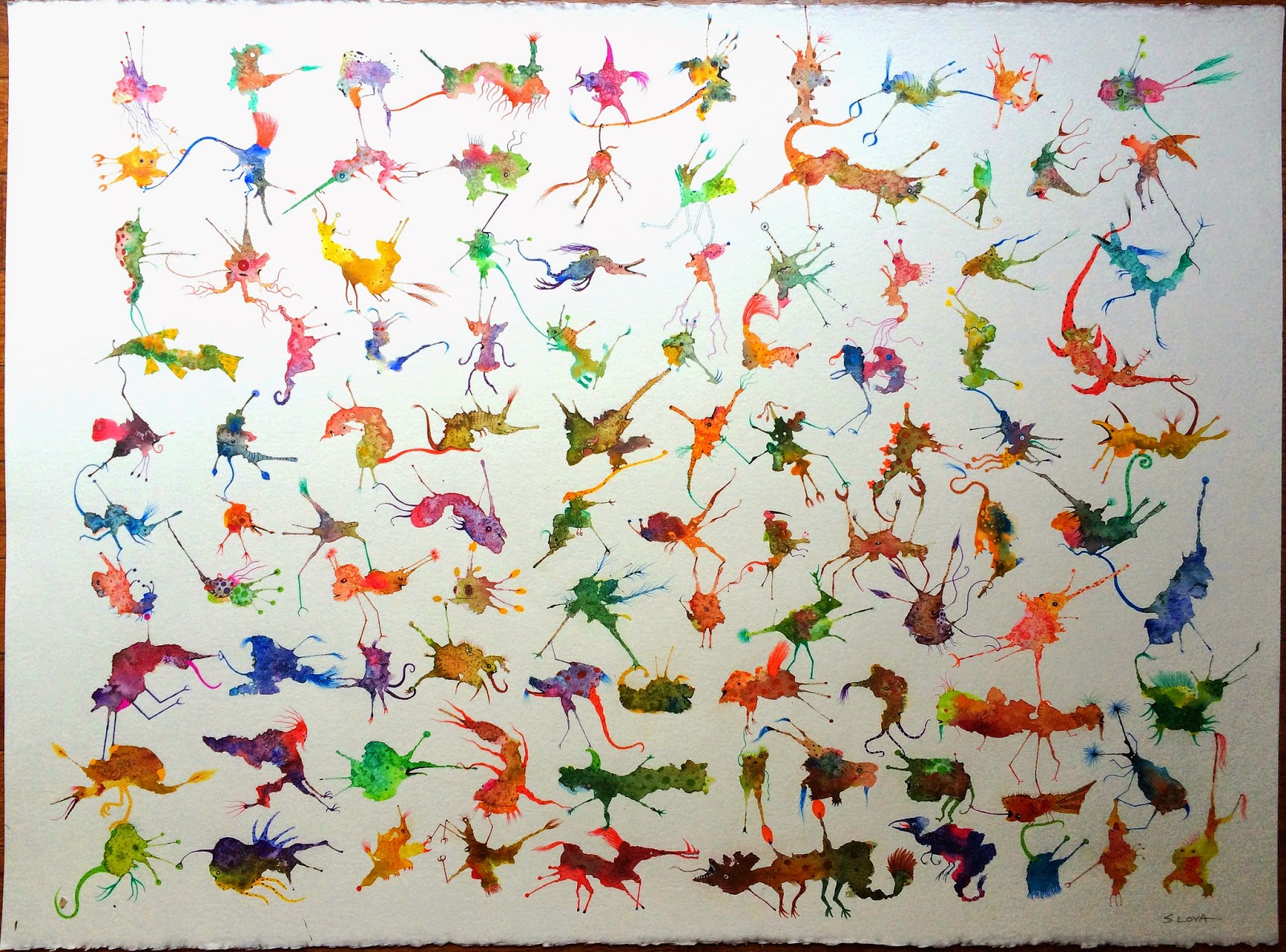 Above is a pretty rough shot of a piece I call Altogether Now (In No Man's Land). I look forward to taking these larger 22" x 30" watercolors/drawings to get professionally scanned, so I'll have a good copy of each image and will be able to make prints from them eventually. In the meantime, I also took some details of the piece, which seemed to have taken forever to complete - much longer than expected. The main challenge was trying to figure out how each and every single Splotch Monster (100 altogether) would be connected as one. So, lots of extended tails, tongues, hairs and limbs play a big role in this one. I leave the meaning up to the viewer, and it can be interpreted as mere creative play, or have a deeper meaning, a few of which come to mind. I get a lot of my titles from the music I like, this one being inspired by a song by a British band from the early nineties called the Farm, better known for their song Groovy Train. Enjoy! 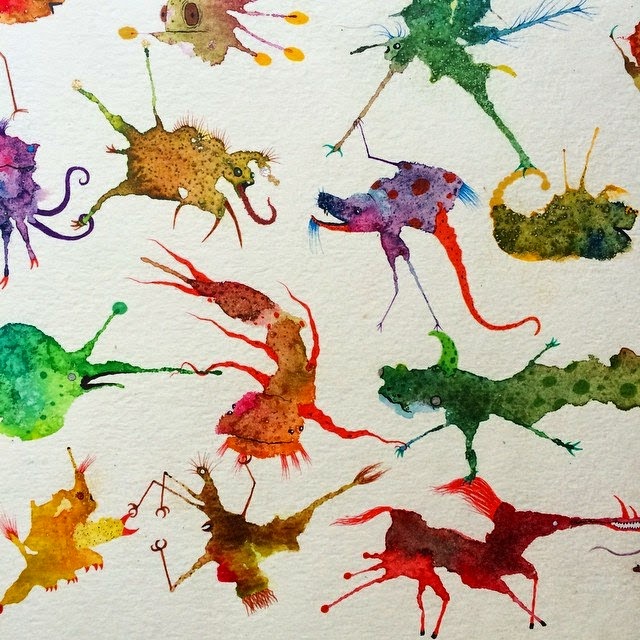 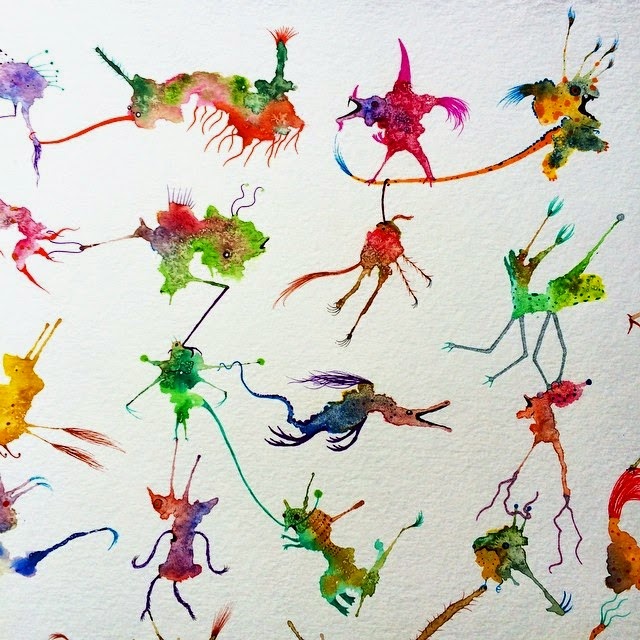 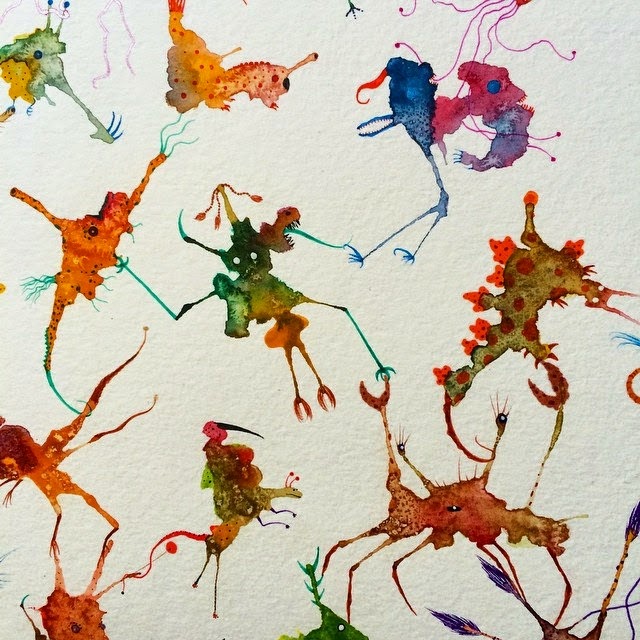 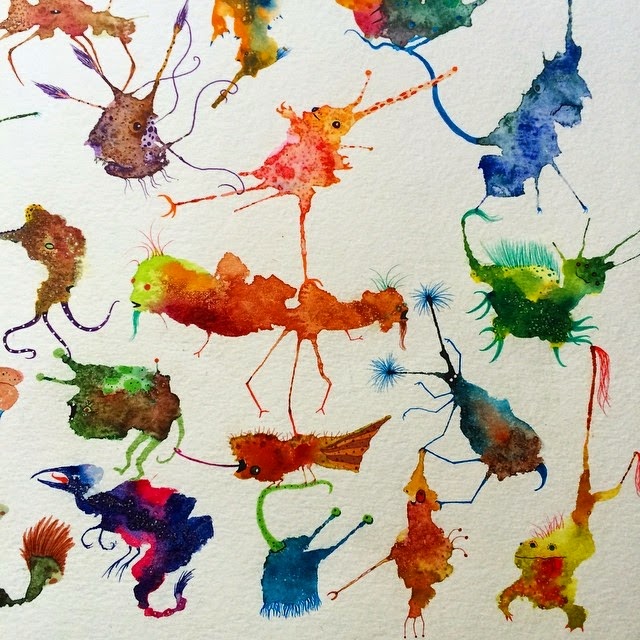 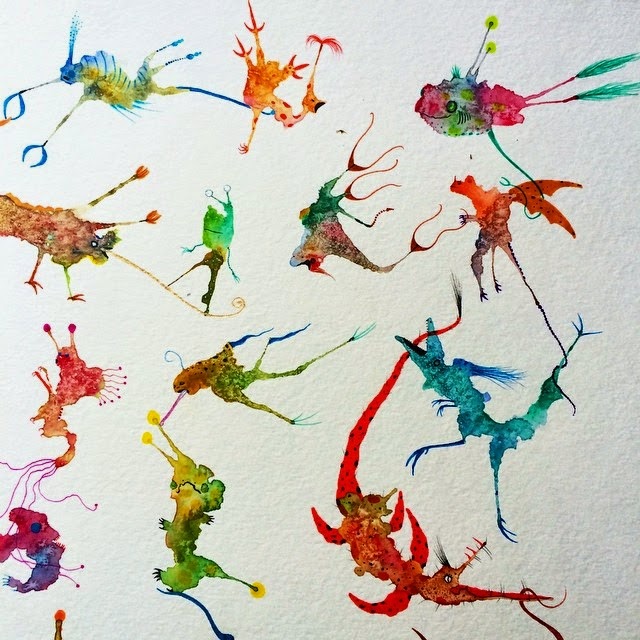