splotch/asterisk art to grace the cover of the new the funk ark album!

Nearly two years ago I began participating in a mail art collaboration with my favorite living artist and all around cool guy, JJ Cromer. It was a dream come true, and we eventually had an excellent exhibit in February of 2013 at the Off-Rhode Gallery/ Art Enables in DC, called Splotch/Asterisk. Recently, a member from the DC band The Funk Ark picked up a copy of Magic Bullet - Washington, D.C.'s Comics Newspaper, issue #8, which featured my monster-themed art on the front cover. Long story short, this led the band to some of the collaborative works I did with JJ, which I posted online. Now, after talking on the phone with the band's manager, Nick Velleman, as well as with JJ to get his good graces, one of those pieces will adorn the front cover of their new album, titled Man is a Monster. To say I'm psyched about this is an understatement! Above is a teaser vid posted by the band for the new album. These guys are on fire, and if you watch until the very end, you get a peek at the cover art, with some nice close-ups. Below will be the featured album art, before the text gets added, formatted to square. I'll be posting more about this soon. Enjoy! 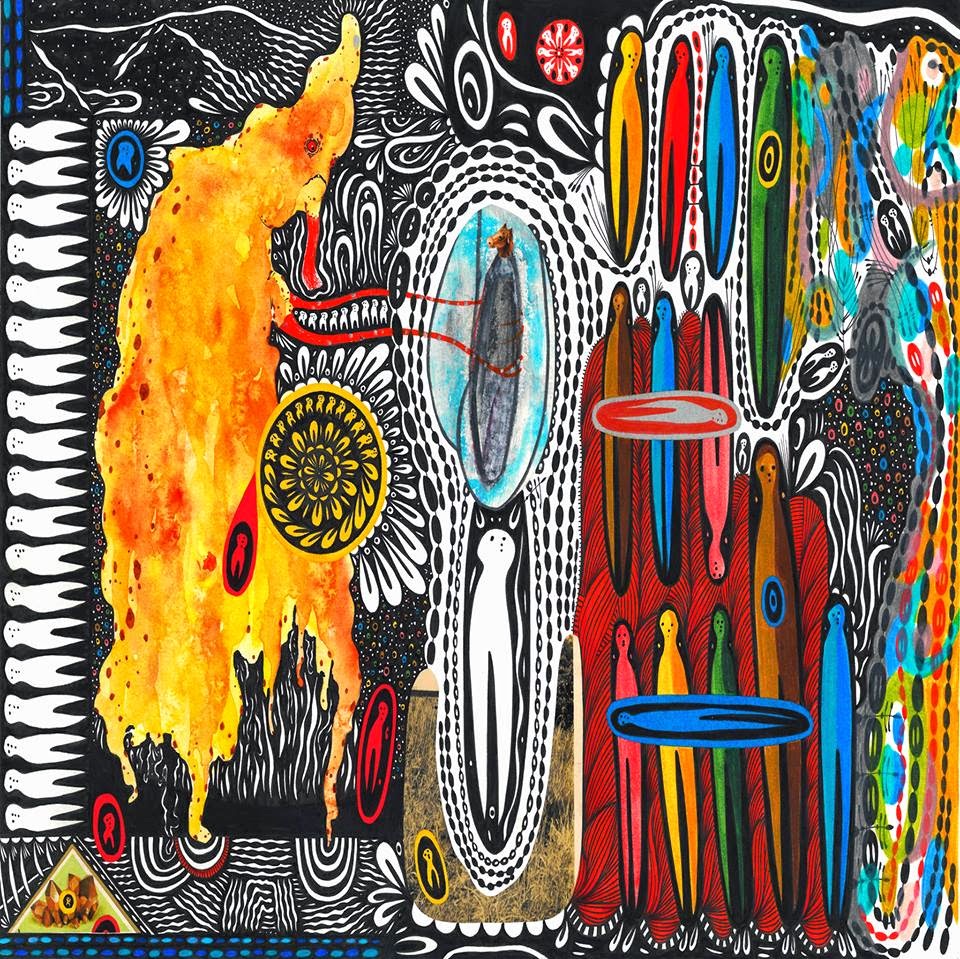