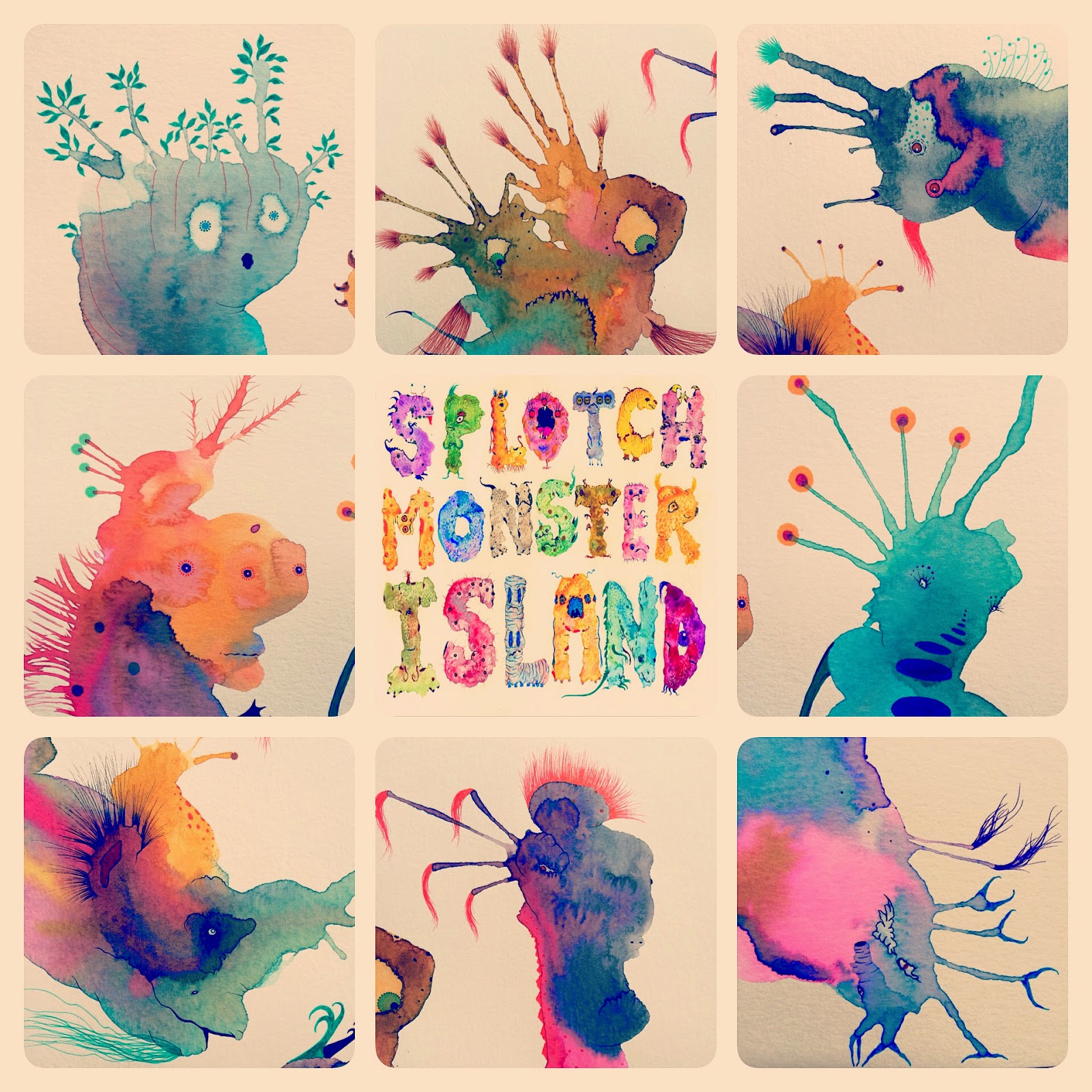 Above is a sneak peek at the new series of Splotch Monsters I've been creating for my upcoming show at Off-Rhode Studio in Washington, DC this September. Not exactly the Brady Bunch, I know! While the tentative title for the show is New Mythologies, these are from a set of ten 9" x 12" pieces to be in the show, called Conversation Pieces, mainly because all of them are in some way, having a conversation with each other, in pairs. So, you're only getting a brief glimpse at four (of the ten pieces), which would include eight Splotch Monsters altogether, eventually ending with twenty, when  completed. As with all the works in this series, it's mostly up to the viewer what conversation it is they're having.

Getting into the drawing portion of the pieces was the hardest part. I sometimes get so attached to the initial outcome of the more abstract-looking Splotch Forms (paint splotches) that it can be very difficult to move on to the next phase, which is adding faces, limbs, hair, etc. In one way, this subtracts from the initial subtlety of the forms, which is one reason why I like to scan them first, and have some visual record of them. On the other hand, adding these things and creating this more literal element is a great challenge, and I honestly don't mind them being more accessible for this very reason. Perhaps, so many years down the road from now these will evolve into something more abstract and sublime, something more subtle and cerebral, "spiritual" even. Or,  maybe they won't. Either route is fine, and I'm just focusing on what I feel is best for me to make right now.
Posted by steve at 12:00 AM