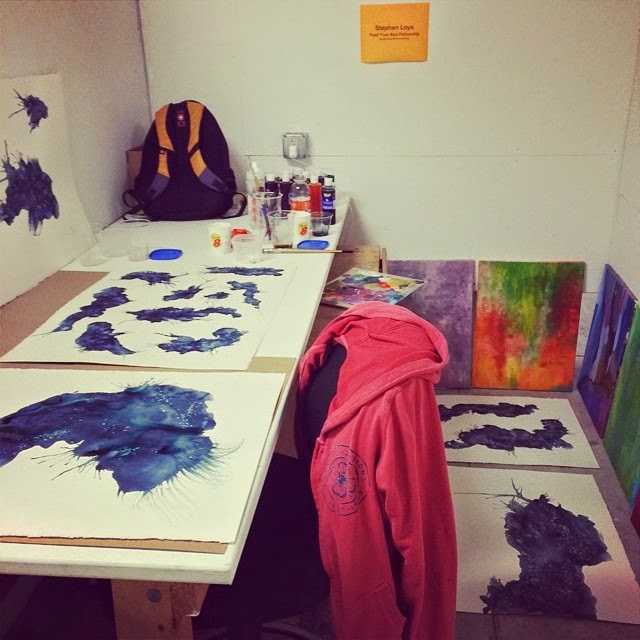 The image above is from my little studio set up on the fourth floor (room 403) at the Maine College of Art, located in Portland, ME. I returned home last night after staying there for a week, as part of the Feed Your Soul fellowship program.  The program was something I found out about from a friend and former colleague, otherwise I would never have heard of it. Obtaining a studio space was first- come-first-serve, and I made sure to sign up far in advance for that. The program was worth 3 recertification points for teachers as well - something that would otherwise take me three months during the school year to complete. FYS was also extremely affordable, and I managed to get it covered by my school's PTA, so essentially it turned out to be free. Probably the most expensive thing about it was the cost of travel/gas, which I'll get covered during tax time. Speaking of free, parking was covered by FYS all week, at a nearby parking garage a few blocks from the school on Elm Street, and we got three free meals a day, served at the MECA cafeteria. What was pleasantly surprising was that the food was excellent, and they had something for everyone practically.  Anyhow, I made sure to spend a lot of time in that studio from day one, putting in an average of three hours a day, which was in addition to art workshops ranging from drawing to print-making to creative writing. The studios were more or less set up like semi-private office cubicles and we shared a large room with the summer grad students at MECA. This turned out to be a good thing, witnessing how hard some of these students worked, and it seemed to rub off on me some. Some of them were very cool and willing to drop by and talk and offer great suggestions, which I'm very thankful for. 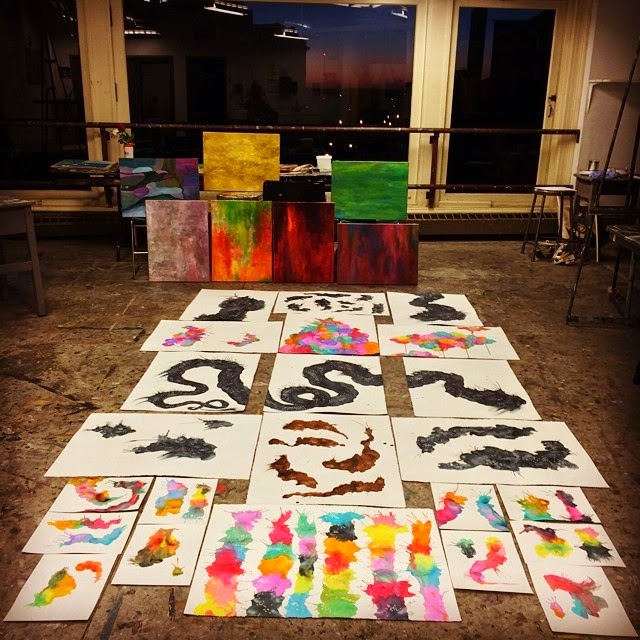 When researching the Feed Your Soul program, I found hardly a thing online, to my surprise, since it's been going on for about two decades now! Apparently it's grown a lot, this time enrolling roughly eighty art teachers from around the US (though most of them were pretty local), thanks to a more aggressive advertising campaign. I feel like I got so much out of this wonderful program, and honestly, it was all about what you put into it, as well as what you wanted from it. It was very tempting to say the heck with work and socialize more, make more friends, and go explore the area more. I made sure to do a little of all of those things, but my main intention was to accomplish some real art-making. The photo above shows all of the pieces I worked on over the course of about five days in my studio, including seven heavily reworked acrylic paintings, and 23 watercolor and ink-based works on paper for my upcoming Splotch Monster exhibit in September/October of 2014, tentatively called New Mythologies. None of these were completed, but I'm glad to get the initial foundation of the pieces down for now. 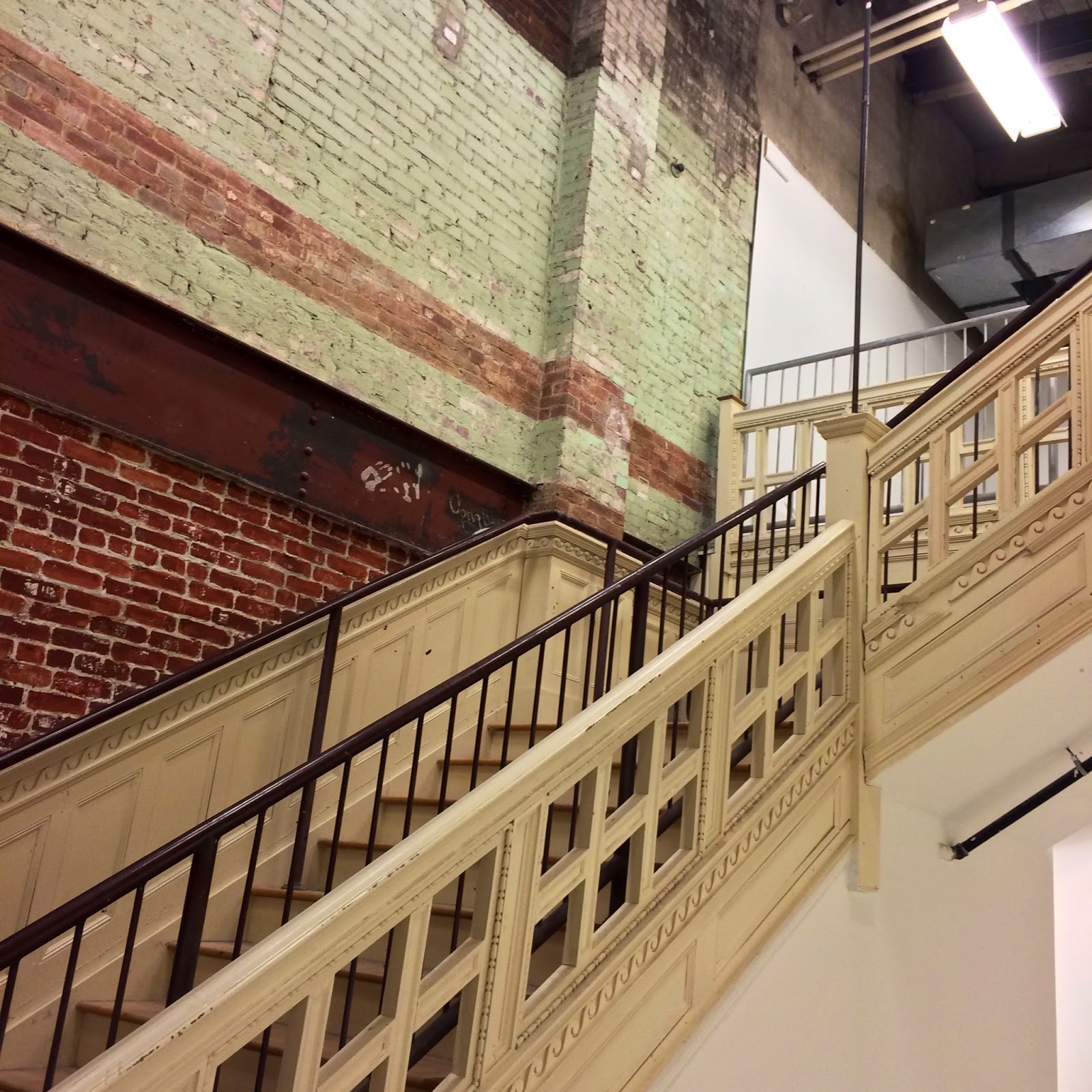 A stairway on the way to the fourth floor studios at MECA (above). 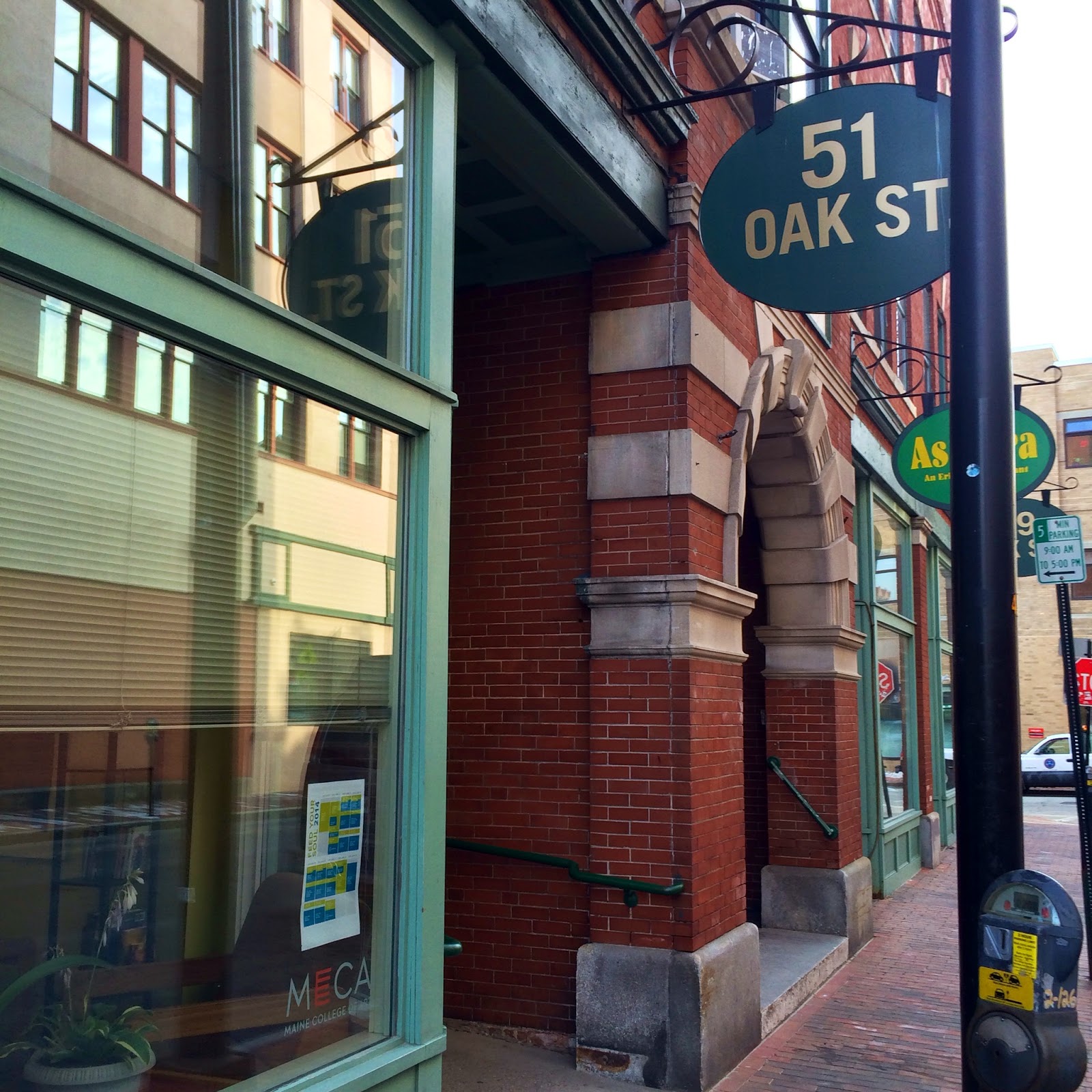 The Oak Street residence Hall was where I stayed for the week (above). 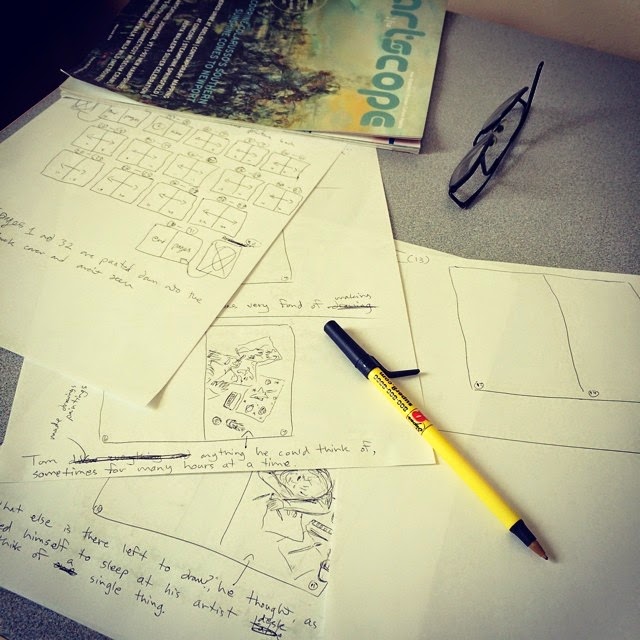 Another project I had set my intentions on was the completion of a reworked rough draft of a children's book I had written in December of 2013. I decided to hunker down in my little dorm room on Oak Street and get laser-focused on this project for four hours straight. The results are far more pleasing than the initial draft, and this first crucial phase of the project has been completed. All I'll say for now is that the book does involve Splotch Monsters. Getting this book draft done, as well as all the artwork was also somewhat the result of finding and reading an amazing little book while in Portland titled Art & Fear: Observations on the Perils (and Rewards) of Artmaking, by David Bayles and Ted Orland, purchased at the excellent Longfellow Books bookstore on Congress Street. Below is an except and a tiny snippet of just how good this book is. If you're an aspiring artist and don't own a copy, please don't hesitate to purchase it. Also, if you visit Portland, ME, Longfellow Books is a must-stop. 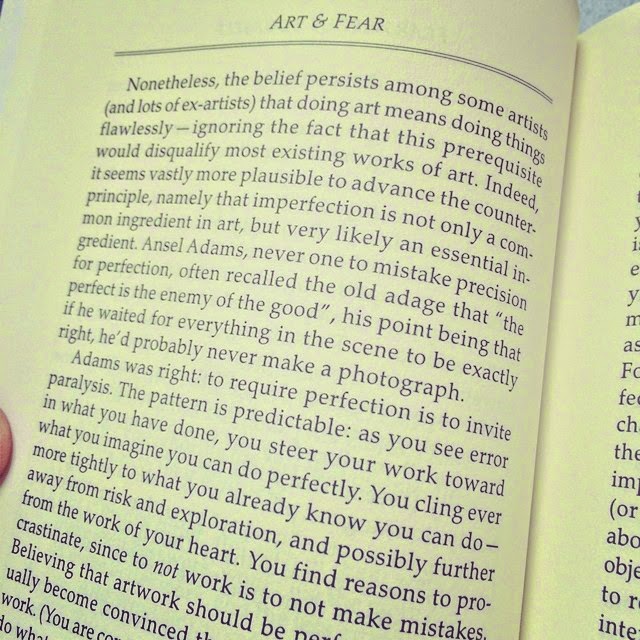 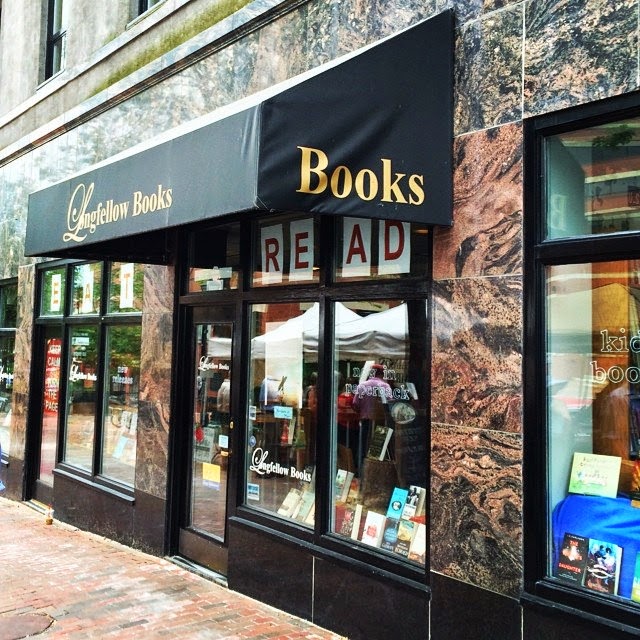 Longfellow Books exterior (above), interior (below). 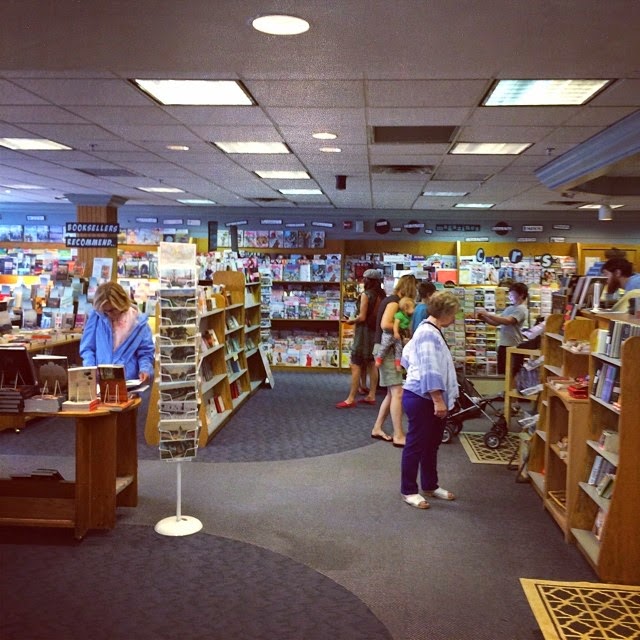 Some shots of Congress Street (below). 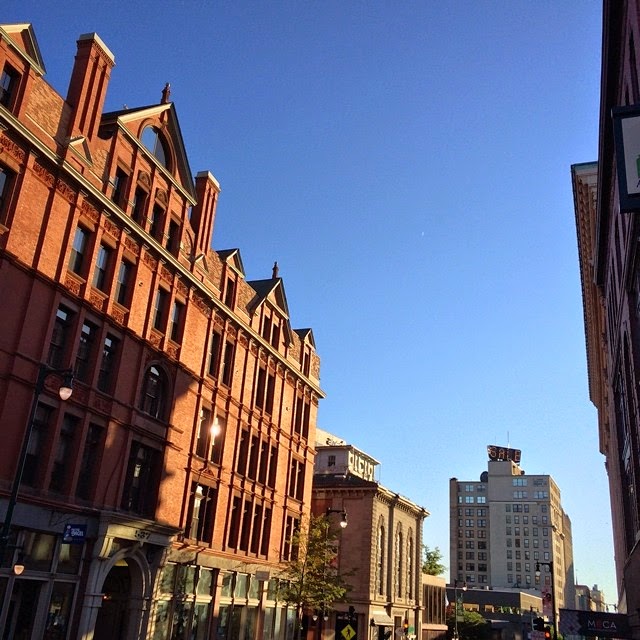 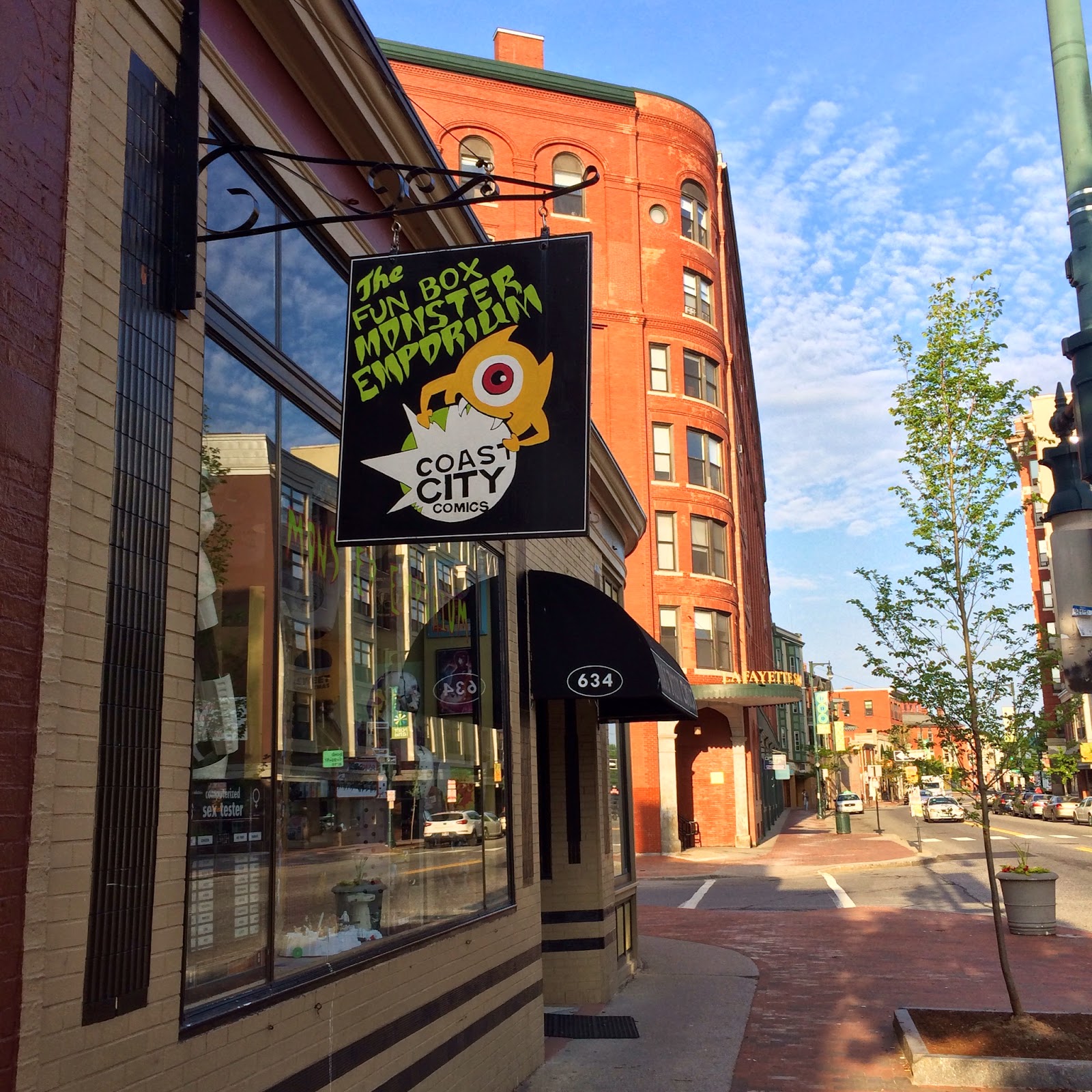 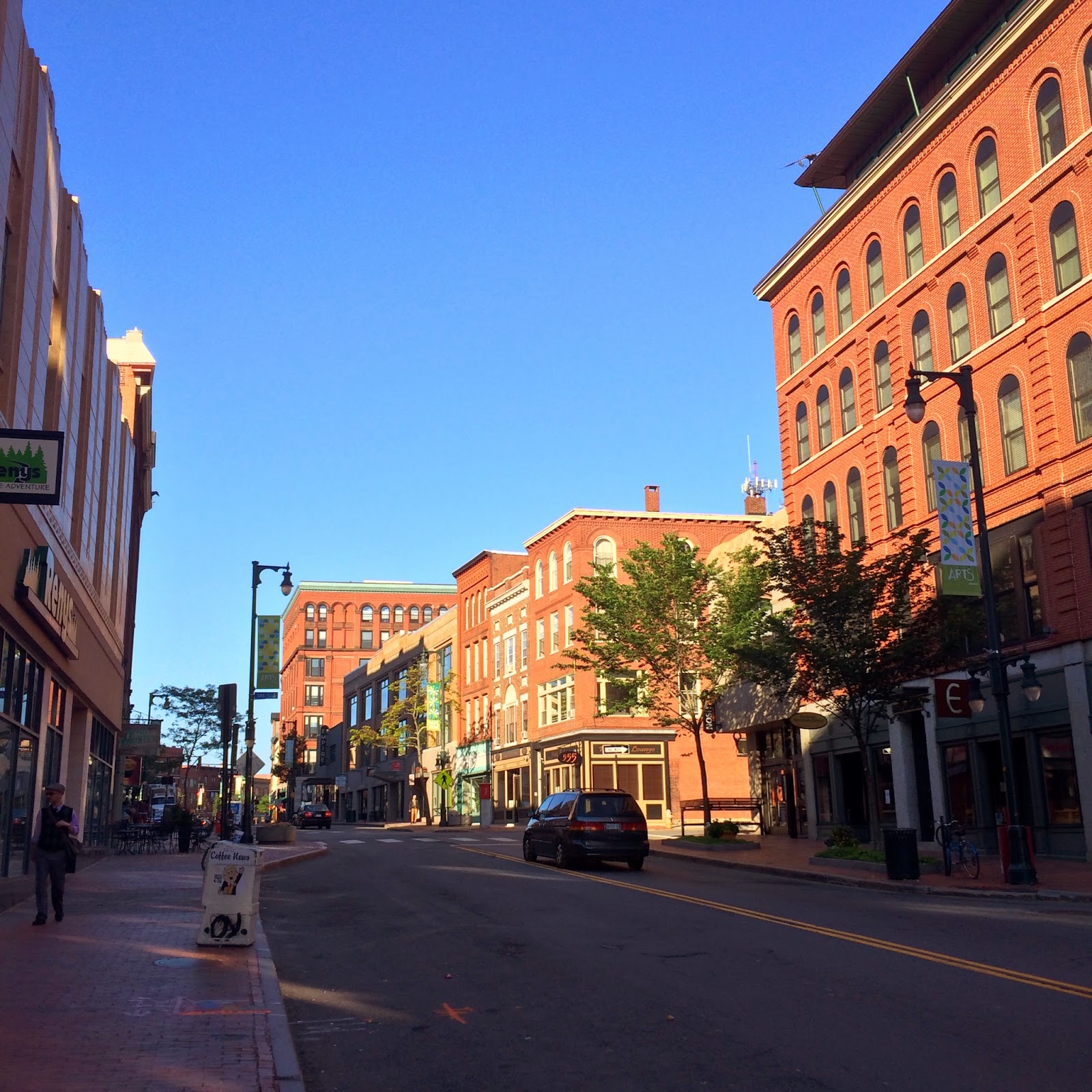 I had been waiting so long for Feed Your Soul to happen, and in what seems like the blink of an eye, it is over, which I still find hard to believe, as it happened so fast. Somehow I managed to jam in a lot of work with quite a bit of culture and fun (and food) as well, which I will cover very soon, extensively, at my Go Flying Turtle blog.  I am truly grateful to have found out about this program, and to the wonderful people, so many of whom made this happen. I certainly hope to do it all again soon! 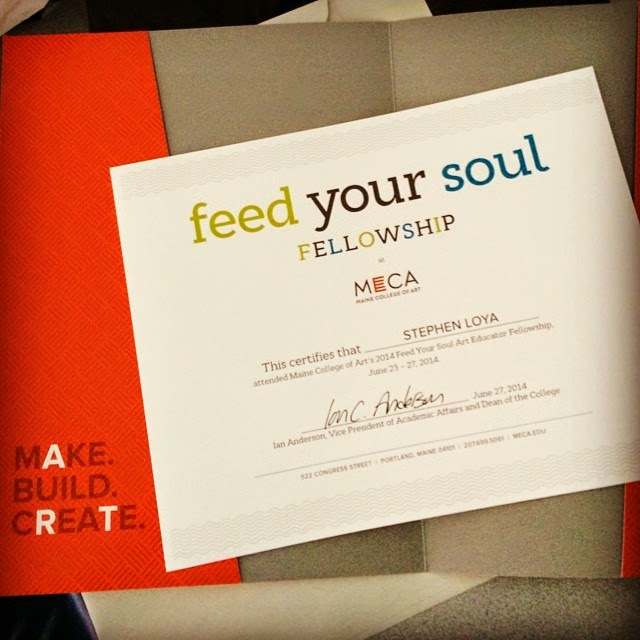