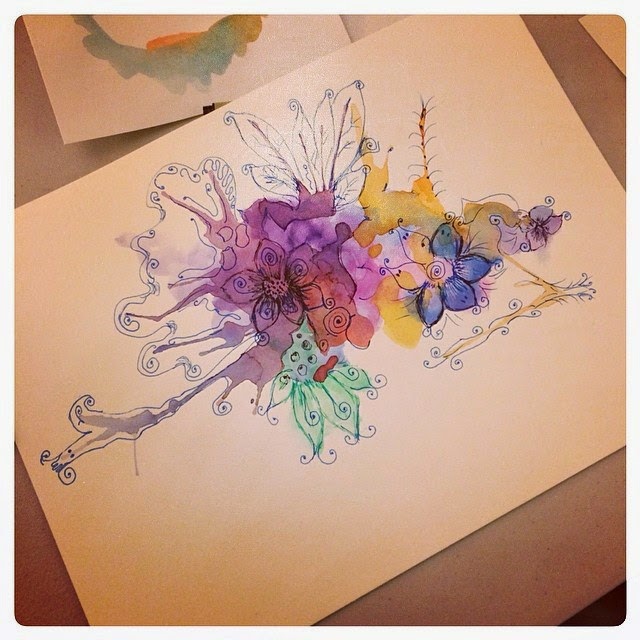 Last weekend I hosted a couple of Splotch Monster-making workshops. The first was for Leesburg First Friday's monthly art gallery walk, while the other was for Family Open House Day at Artisphere in Vienna, Virginia, which took place Sunday. The image above was a collaborative effort between myself and  participant at Leesburg's Books and Other Found Things, who had me over once again to promote my work and do some demos while letting visitors to the store make their own Splotch Monsters. The piece also happened to be by one of my former students' mom, who did the drawing portion, while her daughter worked along side her, and dad hung out nearby. I always love when things like this happen, and as always, met some very cool, friendly people. I'm more than grateful to Allen and Nancy for having me by their fine store again, as well as to the kind individuals who came by and participated and bought some of my work last Friday night! 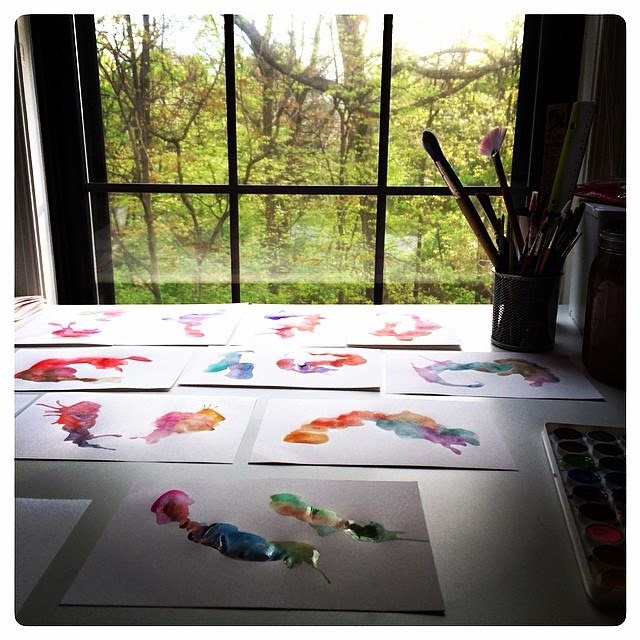 Above is a photo I took early in the morning last Saturday, as I began preparing for my workshop at Artisphere. The idea was to have participants make their own paint splotch, then take one that was already made and begin working and drawing on that, while their splotch dried. Thanks to my wife Kris, who was immensely helpful in helping me make splotches behind the scenes, I had more than enough.

Below are just a few examples of some work by visitors that day, and more can be found on Artisphere's Facebook site. It was a very fun four hours in the Artisphere's "ED LAB" and lots of younger kids showed up with their parents. I even had a little two-year-old girl come by and make her very first painting, which her parents are hoping to frame! I also met and talked with a lot of great, smart, fun and creative parents and kids last Sunday. The folks at Artisphere are always extremely kind and accommodating and I'm so grateful to them for having and helping me. It was both a satisfying and well-paying gig, but by the end of the day, I was pretty exhausted, so I'm looking forward to some rest this coming Sunday. If they'll have me again, I'll definitely say yes. 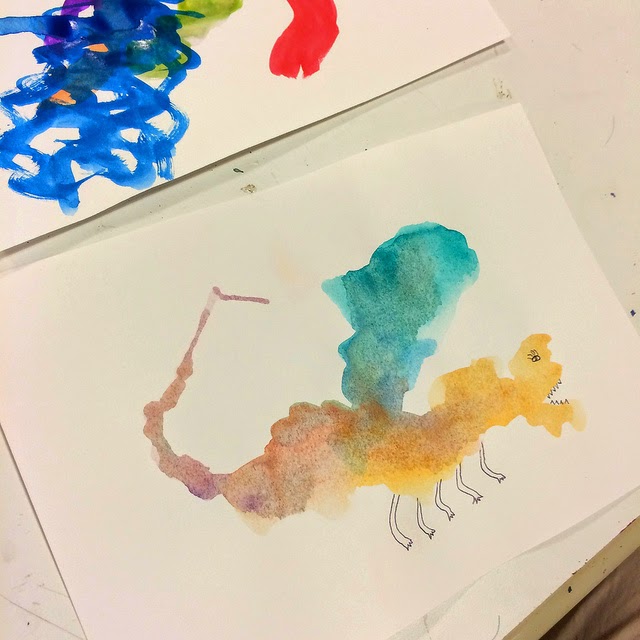 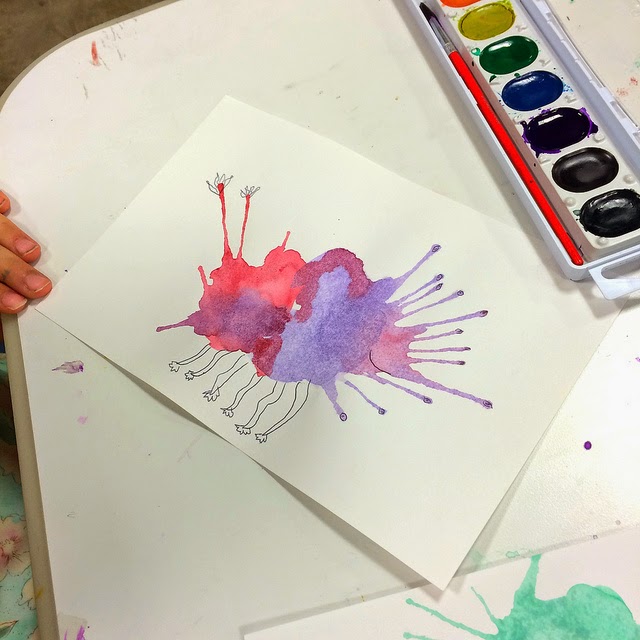 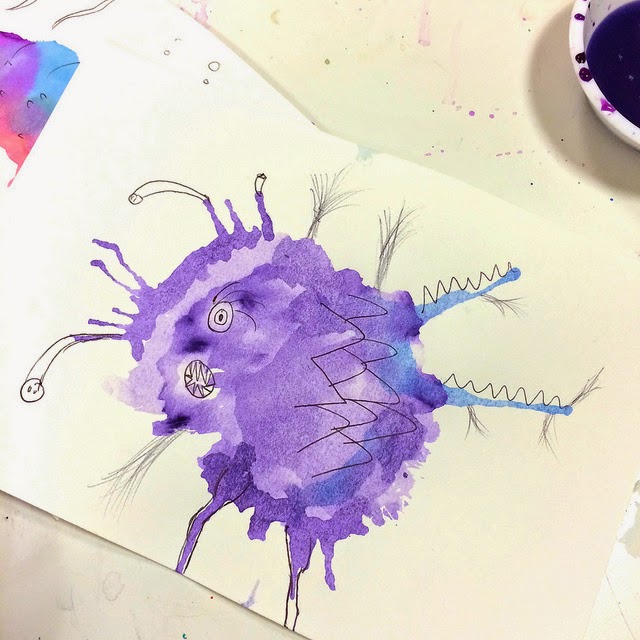