a package from cat has arrived! 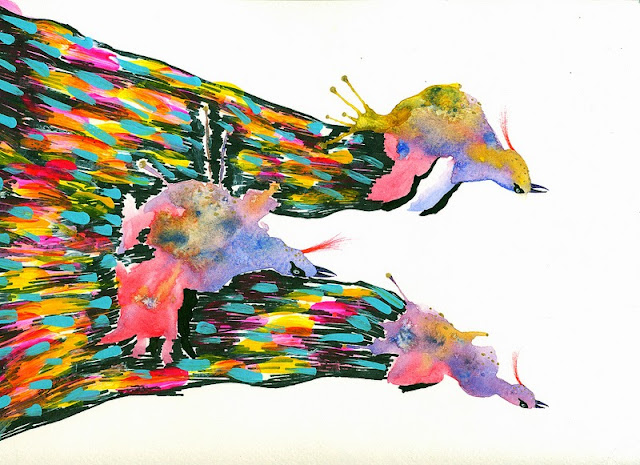 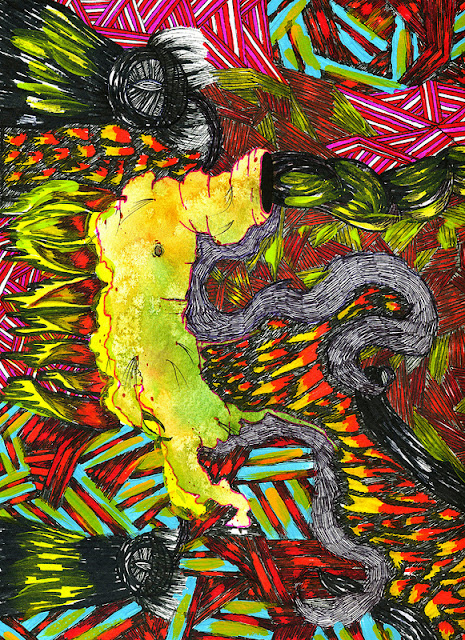 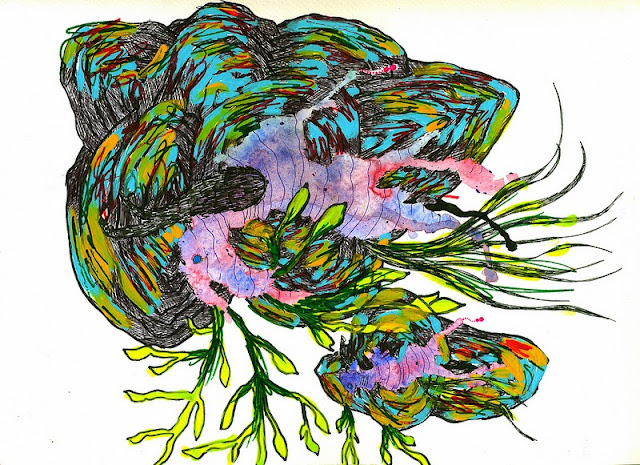 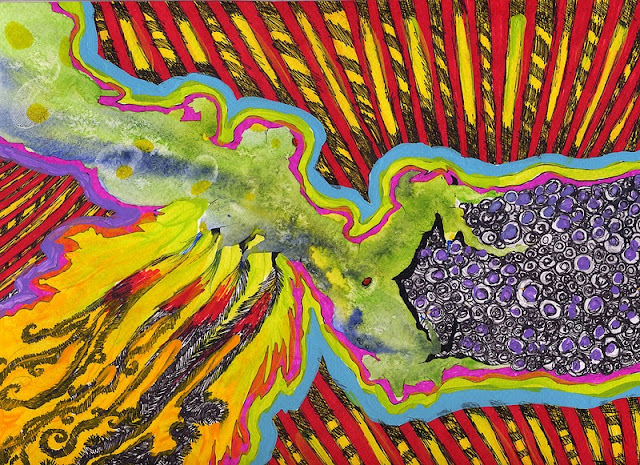 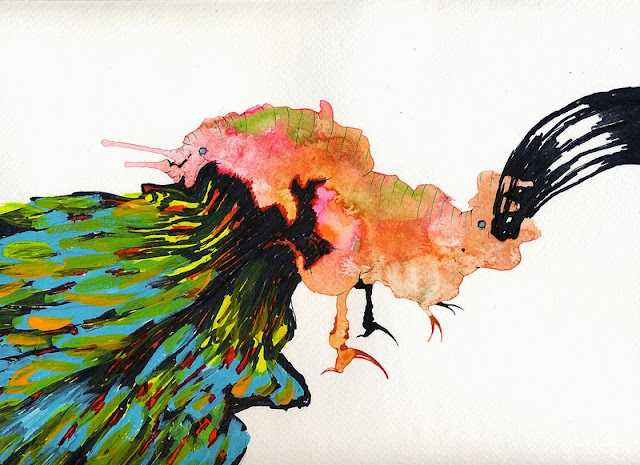 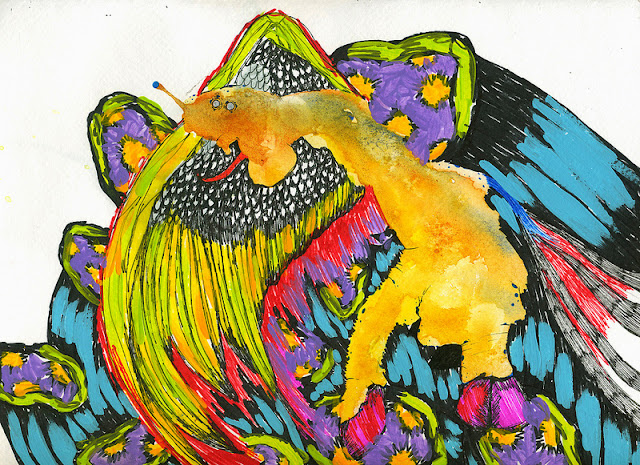 Today was my final day of the annual two-week summer art program that I've participated in every year for the past twelve summers, and it literally flew on by, like it always has.  I have to admit, as with past summers, it's kind of bittersweet, having it all end so fast after just getting to know some of my wonderful students after only a short period of time.  I had so much fun with this program and I actually look forward to it every summer, but now my long-awaited break has officially begun, which means I can focus some on my own art-related projects now. Lo and behold, waiting at my doorstep when I got home was a package from Cat Gilbert, a fantastic artist from New York who is working with me on a new collaborative Splotch Monster project. Posted above is the second part of our twelve-piece collaboration, with these six (above) being the ones I began and sent her way last April, starting with my Splotch Monsters. Cat added the rest, infusing some brilliant, expressive line and color work, taking the Splotch Monsters to a whole new dimension. She also sent me six drawings that she began, which I'll work on and post up here at the blog as soon as I can. All twelve pieces will then go to John Fogarty in New Jersey, where he'll add the final touches. Currently, John is working on a dozen pieces that I sent out his way last spring. We've got some ideas and themes in mind for this three-person collaboration, which I'll  elaborate more on as it progresses. For now, we're all taking this at our own pace and simply having fun playing off each other's styles. 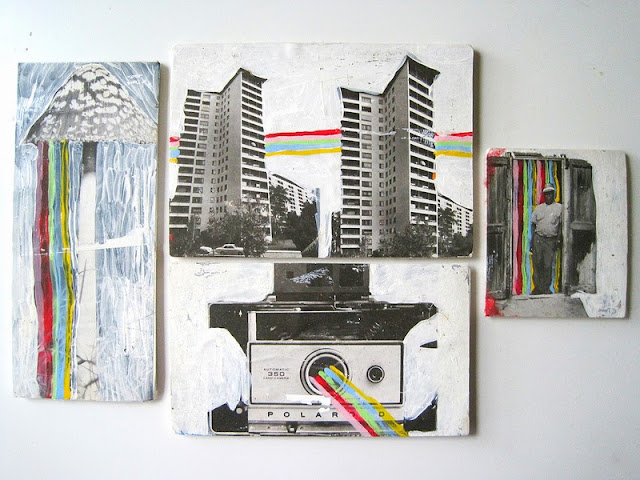 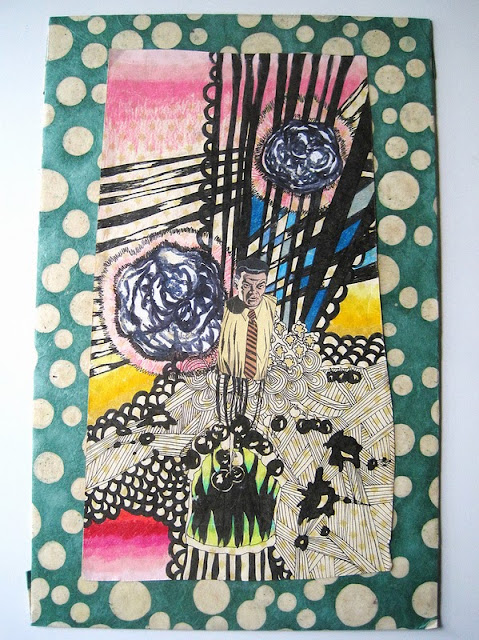 Cat also included some awesome art of her own for me in the package (above), inspiring me to get back into collage some more again. I'm thinking of including the four smaller pieces in the uppermost photo in a montage, set up and framed just as I photographed them - the images all work so well together this way I think. Looking forward to getting to work on this collab again very soon! You can find more of Cat's work at her website in the meantime.