This duo of identical beasts was created after my wife gave me a failed attempt at painting a flower (which she was later very successful with) and suggested I use it to create a Splotch Monster.  The legs and the tail were drawn, inspired by our pet turtle. I'm not sure where the rest of it came from but it was something different from what I'm used to, and thanks to Kris, Gammera and a little imagination, I ended up with Double Rosa. In the meantime, I'll be doing a Splotch Monster-making demo/workshop in Leesburg, VA as part of the First Friday art festivities. My buddy Dario DeHoyas invited me to join him at his glass blowing studio where he'll also be doing some demos as well. Come by and join us at 209 South King Street if you're in the area! See HERE for more of what's going on this Friday evening. 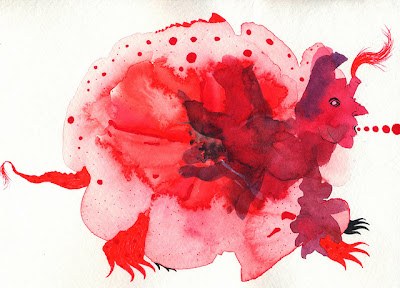 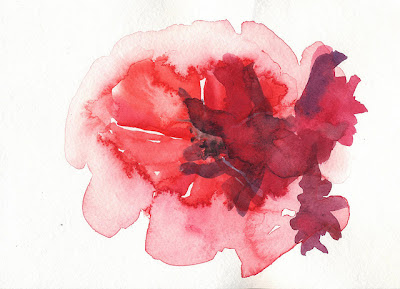