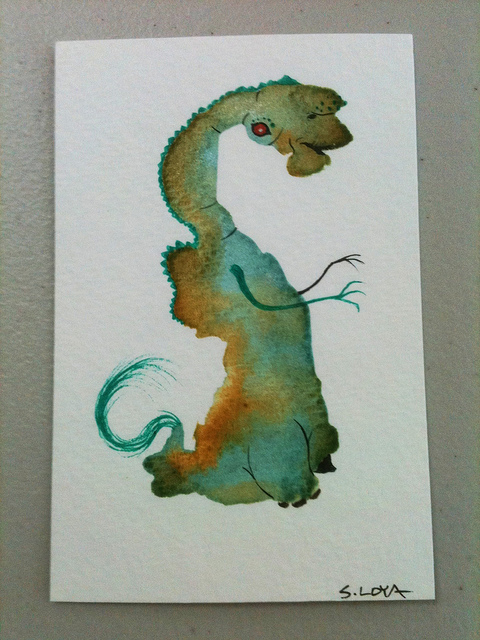 It's been a while since I've posted any Splotch Monsters made by me, individually or in medley form. That doesn't mean I haven't been making them though. Here's one I actually made (and almost forgot about) last week while doing a demo in Leesburg, VA. Usually I'll get around to making some of my own while doing these demos and workshops, however, I tend to neglect making any sort of visual record of 'em. Sometimes I even trade them with participants or simply give them away. Since I no longer assign a number to them, I'm free to name or call them whatever I want. I ended up calling this fella Wilhelm. Usually I'll go with the first name that enters my mind, and this name's related in some way to a person who was present the night I made this guy, so Wilhelm it is! 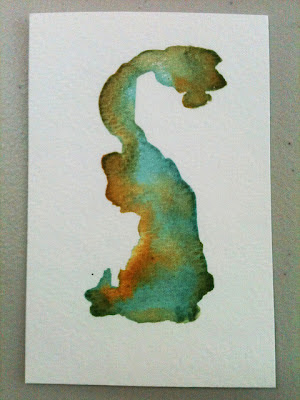