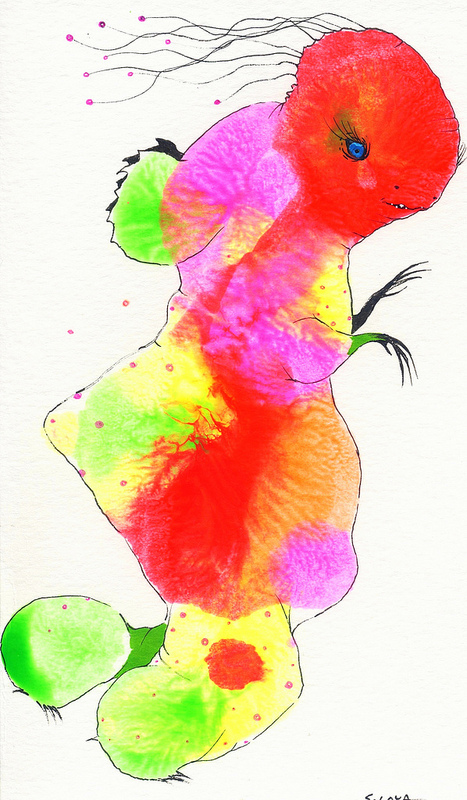 Inspired by some of my young students who bought some neon acrylic paint and made rorschach designs, I went and did the same thing, however, I decided to cut along the folded line and use both halves to make two different Splotch Monsters from two very similar paint splotches. Using the neon and fluorescent colors has been fun and it's interesting how the color doesn't quite translate accurately on a scanner, no matter what I try. The paint is supposed to be glow-in-the-dark as well, which I haven't seen yet either, though maybe I need to expose the Splotch Monsters to sunlight first. Whatever the case, this is my first time using these super bright colors, just in time for the summer. In the meantime, for those interested or in the area, I'll be doing some Splotch Monster-making workshops soon. I was supposed to be at Books and Other Found Things in Leesburg, VA, as part of the First Friday art walk events, but due to some local tornado activity, that was cancelled. So, I've been rescheduled for this coming Friday, June 8, same location. On Friday, July 6,  I'll be at 2 Loudoun Street SW, as part of the July First Friday art night events in Leesburg. The following Friday, July 13th, I'll be at The Winchester Book Gallery, in Winchester, VA, as part of their monthly 2nd Friday game night. That evening we'll be making Splotch Monster book marks in the shop! Also, on July 28th I'll be doing a Splotch Monster-making workshop at St. Stephen's Church as part of the second annual DC Zinefest. Last year was so much fun, despite the sweltering heat, and I look forward to doing this again, as well as all of the upcoming workshops.  On one final note, don't forget to check out some of the original art for sale as part of the Magic Bullet 5 Kickstarter fundraiser. I'll have some work included in this issue, which will be jam-packed with comic and cartoon art from the DC region. There is also a set of four Splotch Monsters for sale there for a very low price and for a limited time only, so hurry and grab 'em up before it's too late! 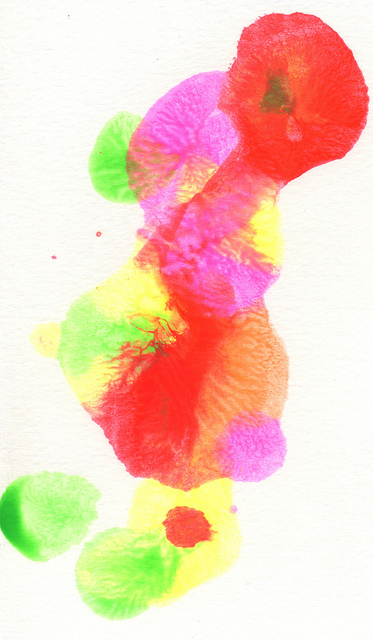